Author: Louise Stoddard
Louise Stoddard is freelance writer and consultant based in Amsterdam. She has carried out field work in Nepal, her background and training is in journalism and international development.

Yesterday, the Davids Commission – a high-level group of independent experts appointed by the government – presented its report into the Dutch decision-making process regarding the invasion of Iraq in 2003. This came after a year of research, including secret documents. They came up with some quite heavy conclusions:

The initial reaction of current prime minister Jan-Peter Balkenende (who was also prime minister in 2002 and 2003) was met with severe criticism from many other political parties and might lead to a serious crisis in Dutch government.

On the same day, an important interview was undertaken in a similar inquiry commission in the UK. Alastair Campbell, one of the closest advisors of former prime minister Tony Blair, talked about the statements in 2002 and 2003 about Saddam Hussein being able to deploy Weapons of Mass Destruction within 45 minutes. Campbell reiterated that he still believes that this was the case.

45 minutes. The Davids Report describes a brainstorm meeting at the Dutch Ministry of Foreign Affairs on August 9 2002, organized by then foreign minister (and later chief of NATO) Jaap de Hoop Scheffer. He spoke for 45 minutes with some top officials (but not with the highest official, who was still on holiday). This informal talk (no minutes were taken) laid the foundation for the later Dutch support for a war that would cost hundreds of billions of dollars and, even worse, hundreds of thousands of deaths. At this brief meeting, the phrase was coined that would be used in the next half-year to defend the political support the Balkenende government would give to the Bush-Blair invasion of Iraq: it is ‘politically desirable, but legally not necessary’ to have a new UN Resolution. The objections of legal advisors were ignored.

It was a purely political decision, based on the main credo that has been leading the foreign policy elite in the Netherlands for six decades: Atlanticism. Meaning: we should follow our big allies across the Atlantic Ocean in whatever endeavour they are pursuing and stop thinking for ourselves.

When, some months later, minister De Hoop Scheffer defended his support for the invasion of Iraq, he almost exactly copied a sentence used in a speech by American vice-president Dick Cheney: ‘There is little doubt that Iraq possesses Weapons of Mass Destruction’. It was never proven up to then, and has since been proven untrue!

45 minutes of ‘brainstorming’ on August 9 2002, about a paper which stated: ‘it seems reasonable that the Netherlands, taking into account the trans-Atlantic ties…will support the hard line regarding Iraq’. That was the key moment in Dutch decision-making about the Iraq war! It was totally uncritical, almost slavishly following a very dangerous political project set up by a bunch of extremists in the American government. Some of them became very rich by the corresponding privatization of the war, but even more importantly: the results of this blind crusade were devastating, both in terms of a stable world and in terms of human misery.

45 minutes: if they had instead used it to listen twice to this song by Patti Smith, they would at least have had some second thoughts about their holy clash of civilizations: ‘They’re robbing the cradle of civilization…they invented the zero…’

Louise Stoddard is freelance writer and consultant based in Amsterdam. She has carried out field work in Nepal, her background and training is in journalism and international development.

On a road to understanding SDG interactions 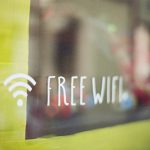 ‘What knowledge brokers do’ #2: How basic services turned digital