A free trade agreement… for whom?

Despite the fact that talks have not been concluded yet, the Trans-Pacific Partnership Agreement (TPP) has already evinced negative sentiment among its critics. Some fear that the proposed stronger protection for intellectual property will induce corporate dominance over national public matters, for example via the inclusion of an investor-state dispute settlement (ISDS) system, and extended patent protection terms. Not only could this hinder access to lifesaving, cheap generic medicines for the poor in developing countries, but foreign transnational corporations would also be enabled to sue host-country governments for alleged lost profits, subordinating governments to international trade law.

The latter could affect public health, as the plain cigarette packaging case has shown, in which the Australian government was sued by tobacco companies. Although the companies argued that their intellectual property (i.e. logos) had been infringed or ‘expropriated’ by the government, the Australian High Court ruled that plain packaging is a valid public health measure, so Australia won the case. However, the tobacco giant Philip Morris International still managed to take Australia before an international tribunal by having a subsidiary, Philip Morris Asia – based in Hong Kong – take legal action through the UN Commission on International Trade Law by invoking an ISDS mechanism included in a bilateral investment treaty between Hong Kong and Australia. An ISDS system enables transnational companies to take host-country governments to an international court when the former believes that investment protection standards have been violated by domestic regulations. Therefore, if an ISDS mechanism is included in the TPP, corporations can use it to legally challenge and supersede domestic policy, like public health measures.

Who bears the burden?

To sue Australia is one thing, but when it comes to developing countries, where governance, resources and legislation are often weak, stronger intellectual property protection could be detrimental for public health, not to mention for development. The public health status of a population is interlinked with its development status. Africa, in particular, has been plagued by the ‘Big Three’ (HIV/aids, malaria and tuberculosis) for many decades. But diseases like cancer, diabetes and cardiovascular disease have been on the rise in developing countries as well, mostly due to changing local population lifestyles. This increased burden of disease, with associated diminished national well-being, increased healthcare costs and economic losses – and which thus hampers development – calls for adequate public health regulations, research, treatment and access to medicine. The TPP, however, could leave developing countries in a disadvantaged position, as it could give large corporations more power than they probably should possess over domestic issues.

The controversy surrounding the TPP lies, for one, in its secretive ‘behind-closed-doors’ nature. Very little information has been publicized about it, and most of what is known originated from leaked copies. Also, more than 600 corporate lobbyists and governments – predominantly powerful corporate and government stakeholders – are involved in the negotiations, thereby barring smaller corporations and public representatives from the discussions. So, while it is ostensibly a ‘free trade agreement’ like any other, critics see the TPP as a ‘one-percenter power tool’ and a ‘trade agreement for protectionists’.

The TPP’s intellectual property chapter is one of the most disputable issues on the table. The inclusion of an ISDS system and extended patent protection terms are two examples of how the agreement can have repercussions for public health. Although the drug patent system should encourage drug innovation, the TPP proposes even longer patent protection terms. This would lengthen pharmaceutical companies’ market monopolies, and drive up drug prices, thereby making them less affordable. This could then obstruct access to essential medicine for the poor, particularly in developing countries, where many are often dependent on the procurement of low-cost generic medicine. Also, the inclusion of an international tribunal (usually the World Bank Group’s International Centre for Settlement of Investment Disputes) in the ISDS mechanism could mean an increase in legal disputes between corporations and governments, undermining countries’ public policies. Cases like Australia vs. Philip Morris could become more prevalent, as corporations can resort to international arbitrary tribunals when domestic courts have not ruled in their favour.

Besides the US, other countries involved in the negotiations are New Zealand, Australia, Singapore, Malaysia, Brunei, Vietnam, Japan, Chile, Peru, Mexico and Canada, with Taiwan and the Philippines having expressed interest in joining as well. The parties, however, are still in disagreement – and not only concerning the intellectual property chapter. For example, Malaysia has proposed the ‘carve-out’ of tobacco from the TPP, thereby preventing the possibility of tobacco corporations suing governments for implementing national public health measures. Malaysia acknowledges the harm imposed by tobacco companies and their products on national public health. Also, as some view the TPP as an attempt by the US to form a regional trade bloc against China, New Zealand – for whom China is a major trading partner – does not favour rushing the deal. The US, however, seems eager, as it has also proposed ‘fast-tracking’ the TPP, so that Congressional oversight and debate are limited. However, this would imply even less accountability and transparency surrounding TPP-related decisions than has already been the case. So, what can be expected from a trade agreement that has been shrouded in secrecy from the very beginning, of which the negotiating countries are not yet in full agreement, and from which leaked information has revealed alarming information? As the deal is expected to be sealed by the end of the year, it is only a matter of time until we find out whose benefit the TPP will really serve. 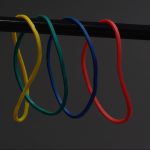 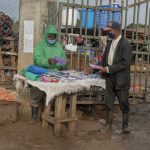