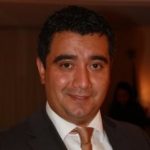 Author: Fredy Sierra
Fredy Sierra is an independent consultant and interim executive on large scale projects in infrastructure and energy.

In Latin America Public Private Partnerships (PPPs) are increasingly promoted as the pathway to realise development projects. They are hailed as an efficient tool to attract foreign direct investment and to justify multilateral finance. Although PPPs do have significant merits they can, however, also mask conflicts and power inequalities. It is therefore crucial that PPPs, their impacts and consequences are subject to careful academic scrutiny. Based on existing PPP theory a useful analytical framework can be devised that will help study and, importantly, assess cases of public-private cooperation.

PPPs as a ‘catch-all-term’ for cooperation

The professional relationship between public and private actors was already studied in the fields of governance and public management in the eighties. Since then, the concept of PPPs has been widely applied and an academic debate on the theoretical demarcations of the concept is still ongoing. The very concept of the PPP has become a ´catch-all-term´ for all kinds of public-private relations, making no clear distinctions between the form or status of the great variety of collaborations that exist.

While scholars are still not in agreement about the academic definition for PPPs, they have, over the years, generated important insights into the inner workings of the cooperative structures. For example, case-studies have shown that concerted public-private efforts in stakeholder management increase public acceptance and reduce social resistance and political risks. This explains why PPPs are usually regarded as both technocratic and politically effective. At the same time, however, studies have also shown that the PPP-promise of cost-efficiency is not always met.

A look behind the curtain

In Latin America, PPPs are typically opted for to realise large-scale projects in infrastructure and utilities, often pursuing societal and environmental policy aims in case of development projects. In my research I studied empiric cases from cross-sectoral collaborations in the extractive sector in Argentina, Brazil, Bolivia, Chile and Peru, aiming to assess whether they could be considered a PPP. It appeared difficult, however, to find an open source analytical framework that was helpful in this endeavour. This is remarkable, especially since in Latin America and the Caribbean (LAC) region alone, the Inter-American Development Bank (IADB) reports to have financed 145 PPP-projects (USD 5.8bln) between 2006 and 2015. They estimate that in that period the whole LAC region saw USD 361bln invested in over 1000 PPPs. Striking financial numbers but clear insight into the realities behind these numbers is lacking. There have been many reports, however, of conflicts and problems in large-scale projects in the LAC-region. The IADB has now increased its focus on PPPs. For practitioners and researchers it would be wise to take a closer look behind the pretty curtain of ‘collaborative promise’ to see what happens offstage.

While, due to its unclear demarcations, the concept of the PPP does not provide an adequate instrument for academic scrutiny, PPP theory does contain useful components that can help formulate an analytical framework for the critical assessment of public-private cooperation. Based on existing PPP-theory one can distinguish three types of collaboration to categorize PPPs: 1) a market PPP, which focuses on efficient transactions based upon a fixed contract; 2) a network PPP, which prioritizes the stimulation of useful cooperation; and 3) an authority PPP, in which the exertion of power by one of the partners defines the partnership. In addition, a PPP can serve three characteristic functions for policymakers: It can help in the decision-making, formulation and/or implementation of policies. The key function it is set to fulfil as well as the type of collaboration that is central to the PPP largely determine the success of the partnership; both in terms of the relationship between stakeholders as well as the output it can deliver.

Identifying the type of collaboration and function of a PPP helps understand its inner workings and the political-economic rationale behind it. Such insights are valuable because they expose potential economic, political and environmental risks and trade-offs of the PPP at hand. When risks and trade-offs are known it becomes possible to ask important questions and better-informed decisions on the added value of the joint public-private endeavour. For example, does the PPP deliver on promises made regarding the democratic accountability and legitimization? What does the PPP cooperation say about governmentality (the ´how´ in power relations)? What is the effect of the collaboration on its environment and society, and could the PPP exacerbate or help alleviate societal tensions?

A practical tool for analysis of existing cases

Using this framework to reveal collaborations and functions of PPPs for analysing the Latin American public-private endeavours can shed new light on their internal and external workings. Such an approach will increase our understanding of the risks and trade-offs of PPPs and of the differences between public and private interests. The study of the Latin American cases demands further work and would benefit from comparison with case-studies from other regions. Even so, based on thus far accumulated insights from the Latin America, it can already be said that public and private actors are not operating on a level playing field. In the selected case studies, states have found themselves tied up in an unequal relationship with private actors for knowhow and expertise, financed and facilitated by multilateral organisations like the World Bank and IADB. These financial organisations promote the marriage as an equal one – i.e. as a mutually beneficial PPPs – but in many cases inequality is at the very core of the construction. Especially when a PPP starts going south, it is the public actors that come out on the losing end, as they are the ones operating in the public eye and will usually be blamed for the failures.

Multilateral organizations, national politicians and policy makers have embraced the idea of the PPP for its supposed cost-efficiency, innovative technical solutions and enhanced project-delivery. While this may be true in many cases, careful empirical study is needed to assess the merits and risks of, and reveal the power dynamics within existing PPPs. The above described analytical framework can be of great help in this endeavour, as it brings to light technical and economic risks, political motives, root-causes for conflict and the democratic legitimacy of public and private collaborations. PPPs can indeed be useful, effective and deliver great results; but without sufficient knowledge of their inner workings we must be careful to mark them as a panacea for delivering development.

This PPP article is a shortened version of an essay written at Nyenrode Business University, the essence of which will be included in the author’s PhD-dissertation.

Fredy Sierra is an independent consultant and interim executive on large scale projects in infrastructure and energy.