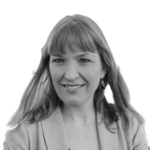 Saskia Hollander is executive director at The Broker. She holds a PhD in political science from Radboud University Nijmegen. She previously worked at the Dutch Scientific Council for Government Policy (WRR) and the Advisory Council on International Affairs (AIV). Her professional interests include democratic institutions, the quality of democracy, political participation, and political and economic inequality.

In the past few years, Africa’s economic self-confidence on the global stage has grown. A number of African countries are experiencing remarkable levels of economic growth and – due to newly established partnerships with emerging economies like China, Brazil and India – have become less dependent on traditional aid flows from the North. The continent’s increased economic self-assurance resonates in the post-2015 process, where African countries form a strong alliance with other developing countries in the G77. Africa’s successful effort to draft a common post-2015 strategy once more underscores its footprint in the post-2015 process. The question however remains whether, in the coming period, internal differences and diversity will throw a spanner in the works.

In October, several events will be hosted concerning the post-2015 process. A selection of key events is presented in the table below. The Broker will update you on some of the most relevant events.

From stocktaking to negotiation

Now that the eighth and final stocktaking session of the Open Working Group (OWG) on Sustainable Development Goals (SDGs) has taken place, the more ‘friendly’ phase of the post-2015 process seems to have come to an end. The OWG member states’ overall emphasis on the need for consensus and pragmatism mask an inevitable clash between the North and the South on the scope of the SDGs, their universality and, above all, their means of implementation. Which elements of the development narrative need to be translated into specific goals and targets? To what extent is their applicability differentiated according to national contexts? And who has to pay?

The root causes of many resource-related conflicts, hidden or openly violent and armed, are grounded within power constellations around conflicting interests. Within those power dynamics, national and global economic influences often override local environmental interests and human rights.