Brexit and ‘America First’: calling for the EU to step up for least developed countries 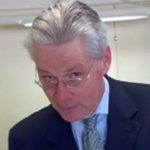 Recent years have seen a break in the pace and direction of the internationalization of leading economies. With Brexit and ‘America First’, a process of ‘deglobalization’ can be observed, with significant impact on developing countries. The development strategies of developing countries are disrupted when market access to advanced economies is reduced. The EU has always supported trade as a means to achieve development and should, therefore, step up to help least developed countries (LDCs) make up for the losses caused by deglobalization.

In the world economy, times are changing. China has advanced to the top of the economic statistics. At the same time, we are witnessing the crumbling of the economic power of the United States. Handing over world economic leadership is always a painful process, and the outbursts of populist retreat from internationalization is a reflection of hurt national pride. This is certainly not a new phenomenon. Similar processes have occurred before and during other such geo-economic breaks, reflecting shifts in the underlying costs and benefits of globalization1. While the Global North experienced the costs of deglobalization both in the 1930s and today, the burden of deglobalization has shifted to the periphery.

Deglobalization is not the mirror image of globalization. Both globalization and deglobalization entail adjustment costs, unemployment and loss of human capital. These economic losses are borne largely by the poor, vulnerable and unorganized. A clear example is Brexit, a symptom of deglobalization that is well-charted. That a British withdrawal from the EU would hurt developing countries was clear from the start. Already just after the 2016 Brexit referendum, the Overseas Development Institute (ODI) study pointed out that devaluation of the Sterling implied a loss of USD 4 billion annually for developing countries2. In addition, the competitive position of developing countries is under pressure. First, due to the fact that under Brexit the UK is abandoning the policies that grant LDCs duty-free and quota-free access to their markets (as part of the European Generalised Scheme of Preferences and the Everything But Arms). Second, the current plans to cut British tariffs across the board imply that the WTO-agreed special and differential treatment of the LDCs loses its value. The impact of these forces is significant. A recent study by the German Institute for Development found that the hard Brexit fall of bilateral exports between the UK and developing countries could range from 20% for Ethiopia and more than 60% for Malawi, Burkina Faso and Zambia3.

These findings cover only part of the costs of the current phase of deglobalization. It can be argued that the new trade policies of President Trump have an even more negative impact on the Global South. In Deglobalization 2.0 I review the tsunami of Trump-related modelling exercises, from small trade wars and all-out trade war with the OECD, to unrestricted deglobalization. The conclusion is that although the United States invariably hurts itself, the Global South is paying a bigger price.

It is important to remember that the current context extends well beyond trade disturbances and that this is part of a new long downward phase. Indeed, an important empirical finding is that ‘Make America Great Again’ and Brexit should be seen as symptoms rather than causes of deglobalization: already long before the elections and Brexit referendum, a significant break could be observed in the pace and direction of the internationalization of leading democratically-oriented economies4. The impact of deglobalization goes further and also includes development cooperation and other international flows. Attacks on global institutions and multilateral agreements is an essential element of Trump’s neo-mercantilism agenda, and its impact is felt all around the globe.

With the USA and the UK in retracting mode, the EU can make a difference for low income countries. It is clear that these countries are in no way part of the conflict between the big powers and their plight is merely collateral damage. This creates room for the EU to use development cooperation to mitigate the negative impacts of deglobalization on developing countries, in particular LDCs, because they are the most affected. An EU strategy to support the Global South would require a combination of supply and demand-side interventions.

On the supply side, trade facilitation is important to help the Global South to shift their trade from post-Brexit UK, where the prospects are dim, toward other more promising markets. Trade facilitation  includes support aimed at strengthening logistics, quality standards and marketing. On the demand side, the EU could help to increase the number of eligible goods for its Everything But Arms scheme, which grants full duty free and quota free access to the EU single market for all products (except arms and armaments). Alternatively, the scheme could be extended so that it not only covers final export goods, but also value added components of products produced in international value chains. The EU has always supported trade as a means to achieve development. Therefore, it should step up efforts to facilitate trade and help LDCs to divert their trade, so as to make up for the losses caused by deglobalization.