Profits are reinvested less in productive sectors, where labour can benefit, and more in capital markets.

This is a background article for our longread Debts and imbalances – The making of the euro crisis.

One important trend since the late 1970s that explains the change in how the European economies function is the dramatic shift in growth potential away from wages towards capital and profits. Economists call this ‘the decline of labour share’, or sometimes the decline in ‘wage share’. This refers to the part of the national income received by wage earners, including the incomes of self-employed workers and farmers. In all European countries and most other developed countries the wage rate is declining sharply. The ILO’s World of Work Report found that the average of the labour shares in 16 developed countries for the 1970–2010 period declined from about 75% of national income in the mid-1970s to about 65% in the years just before the global economic and financial crisis. The share of wages in national income in the eurozone decreased almost 10 percentage points between 1980 and 2013.

This decline in labour share is the result of fewer jobs and lower wages. According to the same ILO report, one of the main reasons for this is the increasing impact of the financial sector on the economy. The increasing importance of the financial sector in the economy is what economists call ‘financialization’. Under the prevailing ideology of financial liberalization, financialization is a global trend without borders in which money is moved from one country to another. The ILO report argues that the switch in the 1980s to corporate governance systems based on maximizing shareholder value and the rise of private equity funds, hedge funds, institutional investors and investment banking puts pressure on firms to increase profits, especially in the short term. Investors in the financial sector have to be rewarded and have become more important for profitability.

The main problem with this trend is that profits are reinvested less in productive sectors, where labour can benefit, and more in capital markets. A study by the economists Emmanuel Saez, Anthony Atkinson and Thomas Piketty shows that some groups of workers, particularly top executives, may have benefited from this process of financialization through deferred salaries in the form of pension funds and other types of capital gains, such as bonuses expressed in shareholder value. For the average worker, though, the evidence from the ILO study indicates that the extent and size of such gains are much more limited. As Rolph van der Hoeven wrote in an article for The Broker, ‘Financial globalization has especially weakened workers’ bargaining positions as capital is much more mobile and can move more easily to other regions.’ And maximizing shareholder value turns the value of labour largely into a cost, which explains the policy of cutting wages rather than investing in higher productivity.

If the average worker could benefit from access to capital markets, this could compensate for the declining wage share. The reality is different, though. As pointed out above, just a small proportion of the economic and political elite benefits from financial globalization – and even make use of loopholes in the global economic system to avoid paying taxes. In other words, the short term profits made on capital investments are increasingly important for national economic growth without benefiting the whole of society. Thomas Piketty’s book Capital in the Twenty-First Century illustrates the ‘destabilizing force’ of a period in which private rate of return on capital is significantly higher for a long time than the rate of growth of income and output. The consequence of this trend is a growing divide within society, which could turn into a severe threat ‘to democratic societies and to the values of social justice on which they are based’. 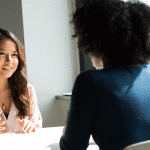