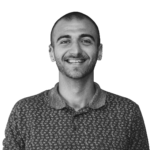 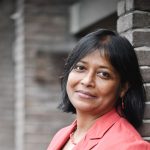 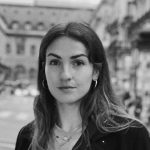 Authors: Arthur Rempel, Joyeeta Gupta, Jennifer van Beek
Arthur is currently a PhD researcher at the department of Governance and Inclusive Development of the University of Amsterdam.
Joyeeta is a professor of environment and development in the global South at the Amsterdam Institute for Social Science Research.
Jennifer is a student of the Research Master in International Development at the University of Amsterdam.
Click here to visit our COVID-19 dossier

Unlike the sudden COVID-19 pandemic, the climate crisis has been looming for decades – and still is. Allowing global warming to pass 1.5-2°C poses huge risks, like severe and more frequent droughts, floods, and famine, with existential impacts on the poorer and more vulnerable countries of the global South. The global community pledged to take more serious action against climate change in 2015, but it seems like these efforts have now been paused to focus on the more immediate socioeconomic threats that COVID-19 has brought. The race to find a vaccine while nursing the economy ‘back to normal’ has dominated global press coverage, leaving discussions about the climate in the shadows. But can we solve these social, economic and environmental problems in one go? Has COVID-19 presented a chance to solve three problems with one measure? We find that the COVID-19 pandemic presents a unique opportunity to address the climate emergency as it has significantly destabilised the global fossil fuel sector – a major driver of climate change. Shifting government support away from fossil infrastructure during the post-pandemic recovery may successfully tackle the climate emergency as well as make resources available for addressing pressing social issues like healthcare, unemployment, and reliable access to energy.

The fall of the fossil fuels

One of the dominant challenges in the climate problem is the fossil fuel sector. Fossil fuels (coal, oil, and gas) emit most of global greenhouse gasses. If we are to have any chance of meeting our 1.5-2°C temperature goal, most fossil fuel reserves (80% of coal, 50% of gas and 33% of oil) must be left underground. Sounds simple enough, until you find out that leaving these reserves untouched implies a massive opportunity cost – ranging from $12 – 185 trillion depending on how you estimate it. In today’s growth-driven world, investors and firms would certainly never leave this cash underground voluntarily and would use all means available to stall strong policy action. Therefore, national governments face the critical challenge of phasing out fossil fuels. While this means risking short-term financial loss, at the same time they would take a leading role in the transition to non-fossil resources, like solar and wind energy with greater prospects for sustainable economic development. Realising this transition might be one of the most difficult tasks of the 21st century, but it is absolutely imperative for long-term resilient development, particularly for the world’s poorest and most vulnerable. It is also important, however, for the rich whose investments and infrastructure stand to lose significantly from the impacts of climate change. If only one dares to look beyond the most immediate future.

It just so happens that the task of phasing out fossil fuels may have become a little bit easier in light of the COVID-19 financial crisis. The opportunity lies in the fact that the fossil fuel market has taken a major hit. Share prices for leading global coal, oil and gas companies have plummeted. One look at some notable companies says it all: Shell (51% drop), ExxonMobil (49% drop), BP (46% drop), BHP Billiton (25% drop) and Sasol (82% drop). This means that a company like Shell – which was ‘worth’ €205 billion in August 2019 – is ‘worth’ about €120 billion in April 2020. ExxonMobil’s worth tumbled from €267 billion to €160 billion in the same timeframe. These market dips translate to substantial impacts for investors. For example, from 2019-2020 Dutch Pension Fund ABP may have lost €2.25 billion in a small handful of fossil fuel assets alone.

In addition to the direct financial blow that COVID-19 has dealt to the fossil fuel sector, it has also led to a significant drop in demand for fossil fuels. Policies like social distancing and quarantine measures mean less flying, less driving and less spending. As a result, coal plants have closed in the UK, US and Austria; oil and gas exploration projects have halted in New Zealand and Australia; oil refineries have cut production or completely shut down in Canada, Italy, Pakistan, Thailand, Russia and South Africa. On top of that, companies like Shell and ExxonMobil have announced plans to reduce 2020 spending in the fossil sector by tens of billions of euros. COVID-19 has seemingly done what no one (or nothing) has managed to do so far; it has temporarily deflated the fossil fuel industry, potentially making the job of tackling climate change a little bit easier.

But what happens next? Will we capitalise on this unprecedented opportunity to grab the climate bull by the horns, or will this opportunity be squandered? We think there are four plausible pathways for a post-pandemic recovery of the fossil fuel sector:

In this scenario, the burden of phasing out the fossil fuel sector falls on the richest actors –investors, shareholders, and corporate executives. This will only happen if we accept  that a ‘growing’ economy is not a healthy economy, and often comes at the cost of a healthy society and environment. Instead, we should shift our focus to redistribution of our resources to assure protection of the health and environment of all.

Achieving this fourth pathway, an inclusive and resilient recovery, requires that we resist the temptation to follow our dated economic models and return to ‘normal’. This implies a transformation of the economy in an ecologically and socially inclusive sense. There will be winners and losers in this transformation – and the losers have a lot of money at stake. But it would be foolish – to say the least – to squander the environmental lifeline that COVID-19 has granted us. By the time the next lifeline presents itself, it may already be too late.

This research was made possible with the support for the University of Amsterdam GID department and the Dutch National Science Foundation (NWO). For more, check out the leaving fossil fuels underground project.

Arthur is currently a PhD researcher at the department of Governance and Inclusive Development of the University of Amsterdam.


Joyeeta is a professor of environment and development in the global South at the Amsterdam Institute for Social Science Research.


Jennifer is a student of the Research Master in International Development at the University of Amsterdam. 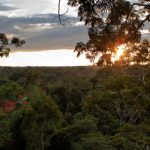