Doing what we’re good at, but to what end? 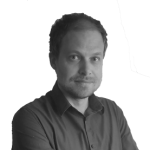 Author: Jorrit Oppewal
Jorrit Oppewal is knowledge broker at The Broker with specific interest in the political economy of institutions, industrial policy and agricultural development.

On June 24th, the Dutch Minister for Foreign Trade and Development Cooperation, Liesje Schreinemacher, published her new policy paper, titled ‘Doing what the Netherlands is good at’.

It seems Schreinemacher was quite satisfied with her predecessor’s agenda, given that few major changes have been introduced. This continuity is positive and perhaps somewhat unexpected, especially considering that the election manifesto of the VVD party – the political home of this Minister – proposed to reduce development cooperation to humanitarian aid alone. Luckily, no such major overhauls are in store and the apparent continuity will be of great importance to reach long-lasting results in development cooperation. There is, however, a flip-side to the limited changes:  the lack of new direction also feels like a missed opportunity to improve the quality of Dutch trade and development policy, and better align it to global trends and challenges. Moreover, the increase in aid spending to 0.65% of GNI by 2026, though an important step in the right direction, is not enough to make good on the commitment of 0.7%.

The dominant sentiment in the new policy paper is one of ‘realistic optimism’. This is visible, for instance, in the trust placed in the ability of Dutch companies to help solve global challenges. Although it is good to focus on concrete possibilities for improvement, at times it risks falling into the trap of naïve optimism. For example, the idea that, before COVID-19, we were on the right track towards eliminating global poverty, dominant in the introduction of the paper, is incorrect. The decline in poverty had already stalled after 2015 and the number of undernourished people started increasing five years before the pandemic. This lack of realistic analysis prevents reaching insights on more substantial reforms of the global economic system, needed to reduce excessive inequality and promote truly inclusive global development.

The policy title reveals the dominance of the trade agenda over the development agenda. ‘Doing what you’re good at’ is the basic building block of the standard trade theory of comparative advantage. Yet, a thorough analysis of the Netherlands’ (potential) comparative advantage is lacking. It also remains unclear how exactly the government will promote trade that contributes to solving global challenges, and how it will prevent negative effects of trade on people and planet. Due diligence legislation is mentioned, but appears an afterthought. Furthermore, it is framed from the perspective of a level playing field. There is no reflection on abuse or exploitation in Dutch supply chains. Instead, the Minister’s main concern seems to be that Dutch companies are already more advanced than others and that asking more of them – in terms of compliance to stricter regulations – would hurt their competitiveness.

The Netherlands has one of the largest current account surpluses in the world. ‘Doing what we are good at’, in this sense, could just mean continuing to fuel the export machine. That, however, does not seem good for the world, nor for ourselves. Our surplus means deficits are created elsewhere in the world. As Ruerd Ruben pointed out, 65% of Dutch exports to Africa consists of consumer goods that could in fact be produced locally, which would boost employment and income, and foster productive capabilities needed for sustainable long-term development. So, our export machine can end up undermining development elsewhere. At the same time, it leads to tensions at home. For example, the growth of intensive export-oriented agriculture is at the root of the current domestic crisis on excessive nitrogen-emissions. Such reflections are absent in the policy paper.

What about the development chapter? Here, the policy’s title, ‘doing what we’re good at’, hints at the supply-driven approach that prevails throughout the paper. Yet, high-quality development cooperation should start from the local context and be driven and owned by local stakeholders. Besides a remark on page 39 on localisation of aid, there is no ambitious agenda with concrete goals to shift power to the Global South. This is a major gap, as efforts to localise are much needed, especially in the Dutch case. Compared to other countries, the percentage of ODA that is managed and controlled by actors in developing countries is small. Furthermore, most aid is programmed at the central level, by the Ministry in The Hague; the role of embassies at the country-level is comparatively small. This undermines local ownership, as key decisions on programming are made from the far-away global North. Various evaluations and the OECD peer review of Dutch development policy have called for a larger role for embassies, but no such move is announced. That is unfortunate, as it would also enable more support to public sector institutions in partner countries. Over the last decade, the public sector has been a sorely neglected actor in Dutch development cooperation, as bilateral aid for developing country governments has collapsed to only 2% of the total.

The ‘doing what we are good at’ in the development section is meant as a call to focus on what works. The chapter reads like a list of familiar themes, with a short description why these are still important. What is missing is an analysis on how to engage with these themes and through what channels: What have we learnt about what works in what circumstances? And how can we improve the quality of what we do?

Within the long list of thematic issues, there is a clear emphasis on water, food security and SRHR. Security and the rule of law, one of the 4 priority themes during the last decade, is still mentioned in a small sub-section, but seems to have suffered a downgrade. Considering the sustained conflicts, crumbling democracies and widespread insecurity across the globe this would be, to say the least, curious. If attention to security, governance issues and the rule of law is indeed reduced, this choice warrants a more elaborate explanation.

The Minister’s focus on the combination of trade and development takes centre stage in the one really new aspect of the policy paper: a list of 14 ‘combination countries’, including the likes of Kenya, Ghana, Senegal and Colombia, where the Netherlands will pro-actively work on aid and trade simultaneously. This is a response to a recent report by the Ministry’s evaluation department (IOB) on aid and trade, which noted the lack of pro-active guidance on this agenda and insufficient efforts to address challenges related to economic governance.

The details of what this simultaneous aid and trade approach will look like are still sketchy but they will matter a lot for determining success or failure. The approach is bound to fail if the Ministry simply keeps doing what it has been doing on this topic, but now focused on a smaller, specific set of countries. The mid-term evaluation of the Dutch Good Growth Fund (DGGF) – the showpiece of an earlier iteration of the aid and trade agenda – reveals that the current approach is not as effective as expected. The enthusiasm of companies to invest in risky projects in developing countries was much less than anticipated. As the DGGF and similar instruments aim for financial sustainability, with market-based returns, investments that may be of higher risk but with large potential developmental pay-offs in terms of job creation or technology transfer struggle to get access.

The more targeted approach announced in the new policy, focused on specific sectors and countries, creates opportunities to address the concerns highlighted by the IOB. Actually doing so, however, will require pro-active steering and avoiding a narrow focus on the perspective of Dutch firms. Instead, the policy should take the local context and locally defined priorities as its point of departure, supporting existing clusters of local firms, and from there sequentially identifying the possibilities of a complementary role for Dutch firms, primarily as investors or off-takers. The seed for such an approach is there, with the policy paper noting the importance of working together with local governments. Indeed, lasting impact would require strengthening their industrial policy capability, for improved economic governance, which is most feasible on a sector-specific basis.

Furthermore, it is crucial to keep the development dimension in clear sight, which has corresponding implications for the results framework. Rather than simply measuring Dutch trade and investment flows, it must assess the extent to which economic transformation, local value-addition, job creation and technology transfer to local firms are promoted.

As an example, efforts in Ghana and Côte d’Ivoire, both on the combination list, could target the cocoa value chain. The Netherlands is the world’s largest importer of raw cocoa beans, for domestic processing. If Dutch development cooperation can support the two national governments and other stakeholders with developing and implementing a robust industrial policy for the sector, and simultaneously get Netherlands-based cocoa-processing companies to relocate part of their operations to the region, then aid and trade could be truly synergetic and drive transformative change.

The new Dutch trade and development policy has several positive aspects, including the large degree of continuity. The main risk is that it is too self-centred and self-congratulatory. We want to focus on what we do well, but risk losing sight of what we want to achieve. On foreign trade, should the Netherlands just continue exporting what we’re good at, or should we use trade policy to help us achieve our long-term goals, including on sustainability and inclusive development?

With respect to development, we should not start from our own qualities, but from the needs of our counterparts in developing countries. On that basis, we should see, in each specific context, how our own strengths can be of use. Not the other way around. Furthermore, becoming better at what we do deserves our full attention. The new policy’s commitment to higher-quality evaluations and adaptive and long-term programming are very promising elements in this regard. The Broker is committed to play its part wherever possible, to promote learning and co-creation of valuable knowledge for sustainable development.

In the process of drafting the new policy, the Ministry launched an online consultation for stakeholders. The response was overwhelming: more than 700 pages of recommendations, from 232 contributions. The Broker wrote the synthesis of all the ideas and suggestions. In general, participants were concerned about a larger focus on foreign trade over development, and provided ideas to forge synergies between the two. They also offered excellent input on issues that, although mentioned in the policy note, certainly deserve more in-depth consideration, such as knowledge sharing and co-creation, localisation and shifting the power and policy coherence for development.

The paper is just the start of a new policy cycle. Let’s hope the Ministry will keep its doors wide open and will continue to seek engagement with all stakeholders, from civil society, knowledge institutes, the private sector, and others, to finetune ideas and adapt them where needed.