He brought us back to earth with a bump. At the General Conference of the European Association of Development Research and Training Institutes (EADI) in June, reported on in this issue of The Broker, Oswaldo de Rivero boldly stated that ‘economic growth is not compatible with sustainable development’. The Peruvian diplomat and author was on a panel discussing the compatibility of economic growth and sustainable development. He was there representing the ‘realist’ side of global politics. ‘(Neo)realists’ believe that every country acts for its own interests and that it is wrong, even dangerous, to consider the global common good or the interests of other countries in international politics. De Rivero knows well what is going on in the realm of global power. Notwithstanding G8 rhetoric and the like, those present at the global leaders’ tête-à-tête are hardly concerned with the same issues as the 450 academics at the EADI conference, or those who actually work for the poor or the environment in other corners of the world.

Special working groups at the conference brought together directors of different EADI member institutions who spoke of an emerging organizational trend: the merger of ‘traditional’ development research institutes and those focusing on the study of international relations. Although not easy – several scenarios about competing schools, clashing egos, differing cultures and languages came up – this promising challenge has been already seized upon in, for example, Copenhagen (Danish Institute of International Studies, DIIS) and Geneva (Graduate Institute of International and Development Studies, IHEID).

The plus side of such mergers is that development and global governance meet. Integrating development studies – including anthropological, sociological, economic, cultural and religious research – with the study of international geopolitics and security, is necessary to eventually come to an alternative and more inclusive paradigm for the ‘realistically’ inspired currents of policy making. Until now, development professionals – policy makers and academics – watched while defence specialists and diplomats hijacked their agenda. As the feature article in this issue shows, just what are the exact analysis and purpose of the increasing involvement of the West with ‘fragile states’ is unclear. Development studies can help clarify this.

The title of the EADI conference was ‘Global governance for sustainable development’. Sustainability, the environment and especially climate change, are closely interlinked with development and global governance. But this field has many barriers. Development specialists and their environmental colleagues move in different circles. That is hardly surprising: the impressive economic development in countries such as China and India currently weighs heavily on the earth’s capacity. The extraction of natural resources for economic growth damages the environment. Of course there is already a lot of experience in what has been called – since the Brundtland Report in 1987 – ‘sustainable development’. And many scientific innovations abound in the field of renewable energies. Just as an enormous amount of research in the field of sustainable agriculture is going on.

But even if clever brains figure out how to achieve sustainable development in theory, realizing it in practice is a different story. Politics and power issues, or what some people call the ‘messy side’ of development cooperation, are factors. If properly managed, much insight and knowledge in international relations research might be useful for sustainable development experts who want to rise above their particular expertise and develop an overarching paradigm that can replace the almost-obsolete neoliberal thinking.

Most politicians cannot be expected to drive such drastic change. Oswaldo de Rivero may have shed a necessary light on the cynical games of international politics, but more positive calls were also heard at the EADI conference: Juan Somavia – international diplomat and former academic and activist – urged the researchers in the audience to ‘take the lead’. 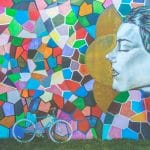 A blind-spot mirror for evaluators