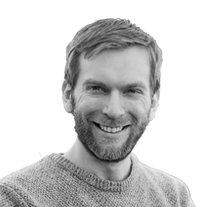 United in their dissent over mounting inequality and continuing corruption, thousands of people have taken to the streets in Central and Eastern Europe in the recent past. A new generation is asserting itself and demanding accountability of its leaders. Separate movements show similarities in origins and aims with movements earlier seen in Southern Europe and Northern Africa. In a new series of articles, The Broker seeks to understand the paths and records of these movements. By exploring what drives and shapes the conception, development and outcomes of these movements, we aim to draw lessons for wider European civic action. Why do some succeed all the way to parliament, and others fall to chaos? Are there lessons to be learned from south to east and from east to west?

From demonstrations in Spain and Greece to the recent protests in Romania and Slovakia, these ‘squares of resistance’ have been gradually moving into the heart of Europe. Characterized by the occupation of public spaces, large groups of people take to the streets in a symbolic show of resistance. The civic movements in Romania, Ukraine, Spain and Tunisia revealed dissatisfaction and frustration with a politics of corruption and inequality. Elite wealth and power continues to grow, too often by doubtful and corrupt practices, and is supported by an equally dishonest political system. With few mechanisms to address such grievances, these frustrations often find expression in civil protests.

Some protests, like those in Spain, have moved from occupying squares to full-fledged civic movements occupying seats in parliament. Others, like the Egyptian Tahrir Square movement, failed to sustain what gains were made. Factors that determine the success of such movements vary widely, but always start with a degree of popular discontent that has a broad appeal and brings people out onto the street. The extent to which such protests then develop a political agenda, remain autonomous or are able to realize their goals depends on the context in which they operate and the strategies they employ.

Recent examples of civic protests include the 2017 Romanian anti-corruption protests, the 2014 (and 2004) Ukrainian Maidan and the current youth protests in the Russian Federation. These cases show that aside from many parallels, there are differences between movements in terms of form, development and achievements. For example, the recent Romanian movement, while mostly sticking to non-violent protests, has marked some successes, compelling the government to withdraw a highly contested law. In contrast, the 2014 Ukrainian Euromaidan uprising resulted in a situation of chaos. Although one group of corrupt oligarchs was banished, another took its place, and violent extremism severely blemished the image of the movement. Yet peaceful spin-offs of the Maidan, which took place all over Ukraine and not just Kiev, have achieved actual change and relief on a local level.

Throughout modern history, civic movements have come and gone, leaving in their wake legacies of social transformation, democratization and tools with which future generations could shape societies. Such movements can serve a crucial purpose in defining the common good and are indispensable to a culture of democracy. The striking parallels between protests that have emerged on the southern and eastern flanks of Europe lend a renewed urgency to questions about such movements and the ways in which they can bring about positive change. What are good and bad practices of movements past and present? How do they make an impact and how can these impacts be sustained? Finally, what lessons can we draw from these movements to improve the state of European democracy?

Experts are invited to contribute to the debate by submitting Expert Opinion pieces. Contact Yannicke Goris (yannicke@thebrokeronline.eu) for details.


Remmelt is former managing director and final editor at The Broker.

How to address SRHR at a time that it is considered an unaffordable luxury?