Minerals play an important role in the Congolese conflict. But it is certainly not only about greed.

Since the Democratic Republic of Congo (DRC) collapsed into war more than fifteen years ago, the country’s mineral wealth has played an important role in the dynamics of violence. Today, a large number of Congolese and foreign armed groups are still seeking shelter in the eastern part of the country. Conflict minerals such as gold, tin, tungsten and tantalum, which is mined in the form of coltan, play an essential role in the financing of these armed groups and consequently in the prolongation of the conflict.

The attractiveness of Congo’s minerals is beyond question. UN experts have estimated that the mineral trade might yield armed groups several million dollars a year. Consequently, several national and regional actors exert their power, in order to have their share. Some of the actors that shape the power dynamics over the country’s mineral wealth will be discussed below. This overview will however show that there are often other more important reasons for the behaviour of these actors, besides greed. It will argue that a comprehensive approach is needed to address the conflict minerals issue. Political solutions are currently undervalued, as most policies have a strong focus on the economic dimension of the conflict.

At the micro-level, there are numerous other actors illegally involved in mineral production and trade. Besides rebel groups, criminal networks within the national army are notorious for profiteering from the mineral sector. Many army commanders apply a variety of methods to extract profits from mining. They lend support to rebel groups such as Nduma Defence for Congo (or Maï Maï Sheka) or employ their own units to get directly involved in mining or trade. This criminal behaviour and lack of discipline within the army is the result of various factors. A rashly executed integration process of several rebel groups into the national army has resulted in a number of army units that do not obey the regular command, but are directed by parallel chains of command. Furthermore, other factors persist, such as the irregular payment of salaries, corruption, the incapacity of the military justice system, and a lack of political will to truly reform the army.

Armed groups apply a wide variety of methods to profit from the minerals, which affects local mineral traders and miners. They might impose taxes on mineral production or along mineral trading routes. Furthermore, they pillage mining sites, occasionally impose forced labour, and smuggle minerals themselves. Despite the involvement of armed groups, artisanal mining is an essential livelihood strategy. More than half a million people in eastern DRC are dependent on the artisanal mining sector for their income. They dig for minerals with rudimentary tools like pickaxes and shovels, under very difficult working conditions. Because of these conditions and the security issues involved, artisanal mining is not an enviable job. However, in the short term very few alternative sources of income exist. Therefore, strategies to address the conflict minerals issue should be well-considered, in order to take into account this livelihood dimension.

The Congolese government’s role is mainly characterized by its lack of control over the eastern part of the country, including the artisanal mining sector. It offers an opportunity for all armed actors to shelter in the area and profit from its mineral wealth. The fact that artisanal mining mostly occurs informally makes it difficult for the government to gain a hold on the sector and, therefore, to effectively tackle the conflict mineral phenomenon. Furthermore, the government’s determination to address informality in the artisanal mining sector is questioned, as the Congo’s political strongmen have always shown more interest in the easy-to-reap tax incomes from industrial mining.

In addition, the conflict and mineral trade also have a significant regional dimension. The eastern Congolese minerals are (often illegally) exported to its eastern neighbours, Uganda, Burundi and Rwanda. Furthermore, an important example of the conflict’s regional dimension is Rwanda’s backing for armed groups in eastern DRC. Following the collapse of Rwandan society after the 1994 genocide, President Kagame has driven a national transformation programme, with significant donor support. These reforms have been imposed by a highly centralized government. Chatham House described how Kagame has reckoned on the loyalty of military and intelligence agencies to maintain this firm centralized control, which comes at a price however. High-level military men see opportunities in its neighbour’s riches, as well as threats from regime dissidents sheltering in eastern Congo. Furthermore, loyalty is allegedly still granted to Congolese Tutsi strongmen who fought with them in the Rwandan civil war.

Finally, it is worth noting that minerals are not the only source of financing for armed groups, but just one of a wide range of military economic practices. Armed groups also rely on taxation of citizens, revenues collected at roadblocks, poaching, foreign support networks or trade in drugs, charcoal and timber. So depriving them of their mineral revenues will be insufficient to halt conflict and insecurity.

Conflict resolution strategies in eastern Congo should therefore apply a comprehensive approach that is not limited to conflict minerals. To date, a lot of policies have concentrated on the economic dimension of the conflict, and largely overlooked political solutions. Analysis of the few above-mentioned actors, however, shows that greed is definitely not the sole clarification for the conflict minerals problem. Many other issues need be addressed, such as security sector reform, corruption, the lack of state authority in eastern DRC and regional political issues.

Ken Matthysen is a researcher at the International Peace Information Service (IPIS) in Antwerp, Belgium. 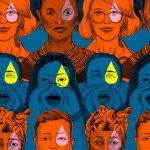