From ‘unhappy marriage’ to ‘living-apart-together’? 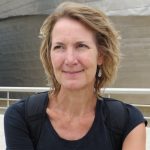 In the academic debate on Migration & Development the use of ‘the diaspora’ is not uncontested. A first observation is that, even when we talk about a relatively ‘narrow’ field as diaspora in development, ‘the’ diaspora organisation does not exist. A quick look at the register of the Chamber of Commerce shows that only in the Netherlands, over 3,000 diaspora organisations exist. These represent a highly diverse range of organisations. Some have a religious function (e.g. Ghanaian migrant churches) while others focus merely on sports, or employment. Additionally, organisations target different groups, such as youth, women and ethnic groups. Diaspora organisations often perform multiple roles at the same time, and at different levels – ‘here’, ‘there’ and ‘beyond’. These roles range from facilitating the integration of their members in the host country, to full-fletched development interventions in the country of origin, and everything in between.

Though most, if not all, diaspora organisations are in touch with the country of origin, the intensity of this contact also varies; from a few incidental emails to structural transnational activities. In terms of roles, many diaspora organisations act as brokers in the practical arrangement of marriages and funerals, between the migrant and the country of origin. They also engage in political activism, in order to influence political processes in the country of origin. Moreover, they are involved in charities; for example by raising funds to co-fund the construction of a community centre and shipping containers with laptops, toys and walkers. A last category of activities can be classified as professional development oriented. These are activities that explicitly aim to enhance development beyond the individual level in the country (or village) of origin.

Taking into account these different roles, levels of operation, transnational orientation and the characteristics thereof, we can only conclude that there is no such thing as ‘the’ diaspora organisation. As such, using a ‘one-size-fits-all’ approach to engage diaspora in development will probably not be successful.

This brings us to a second, related observation. The debate on diaspora as development actors, rooted in the overarching debate on Migration & Development, might give the impression that they do so in an institutionalised way, with support of the Ministry of Foreign Affairs or indirectly funded through matching funds of development NGOs. That is a misconception: by far the majority of organisations implements transnational activities without any financial support from the public sector, far away from the Dutch government or development NGOs. They raise their own funds, often by engaging civil society and the private sector. Think, for example, of the Ghanaian home town association in Amsterdam South-East that each year around Christmas collects money from its members – 70 households originating from the Volta region– to finance the construction of a water pump in Ghana. Or take the hospital equipment that was shipped to Ghana, after a merger of two hospitals in the Zaanstad area. The chair of the organisation read about the merger, and contacted the hospital to inquire about the possibility to use it for their community.

Often diaspora organisations do not even seek to attract funding from the Dutch government or NGOs and, as a consequence, become institutionalised actors in development. These ‘low-profile diaspora in development’ attach great importance to their independent position, and legitimize their existence by highlighting their role between civil society and the state. Rather than becoming an integral part of the development sector, organisations represent the interests of their constituent migrant community, lobby for migrant rights, strengthen social cohesion, and offer practical support as local ‘help desk’. They consider serving their members ‘here’ as their main priority. This does not mean they do not also want to contribute to development; but on their own terms.

Harnessing the ‘full potential’ of diaspora organisations is possible by creating an enabling environment that does justice to their diversity, specific identity and the value derived from this identity. In order to avoid another ‘unhappy marriage’, options for ‘living-apart-together’ could be explored: an equal relationship that recognizes and provides room for the specific attributes of all partners involved. 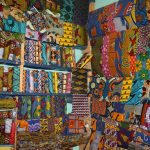 Towards constructive collaboration with the African diaspora 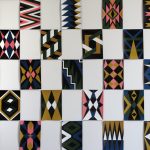 Cooperating with the diaspora – the government perspective