Get Europe’s own house in order first

Author: Stephan Klasen
Professor of Development Economics at the University of Göttingen.

1. Does Europe have a specific role to play in the world, with regard to poverty and inequality, environment and energy, global governance and security?

Europe has a specific role in tackling these problems for three reasons. First, as the home of the former colonial rulers of the world, Europe bears a special historic responsibility to economic development and poverty reduction in the developing world. During the period of colonial rule, global inequality rose to the dramatic and unacceptable levels we observe in today’s world (any movements in global inequality since decolonization have been comparatively small). Second, the project of economic and political integration that Europe has undertaken in the past decades can serve as a role model for tackling some of the global problems where international coordination is needed, particularly in issues of global environmental change, economic integration, and regional inequality. These are issues where Europe’s process of integration has made significant steps. Third, it appears that the concern for tackling these global economic, social and environmental issues is particularly strong in Europe (compared to the other economy powerhouses such as the USA or Japan). In this sense, Europe can become a leader in pressing for change in these areas.

2. As for the European Report on Development, what do you think should a) be the content/urgent themes of such a report, and b) be its approach?

I would suggest that the urgent theme of the report would be an agenda for global social inclusion, where policies and institutions are proposed to tackle global issues such as inequality between and within nations, and to promote better global governance to tackle the world’s most pressing problems. I would hope that the approach would be research-led but derive specific policy conclusions. The report should particularly also focus on what Europe and the EU can do better to promote global social inclusion; that would be a particularly useful added value.

3. Are the (im)possibilities of a European development agenda a subject of discussion in your country among academics, the government and/or civil society organizations?

Development policy and a coherent development agenda in Europe unfortunately suffers from many internal problems. In that sense, Europe first needs to get its own house in order before it can play a more prominent role. Among the critical shortcomings are: a huge fragmentation of Europe’s development efforts among many players, supporting too many programmes in too many countries; strong policy incoherence with Europe’s protectionist stance in aspects of trade policies; not enough coordination; not enough academic and intellectual leadership on development policy due a lack of serious research departments in development agencies; no culture of seriously evaluating successes and failures of Europe’s development programmes.

Professor of Development Economics at the University of Göttingen. 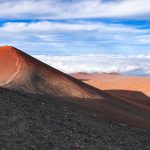 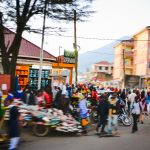