The ERD calls for a development agenda that goes beyond the MDGs and aims for a structural transformation of the global economy and society. More attention should be given to reducing inequalities rather than exclusively on poverty reduction. To achieve this, the ERD stresses the necessity that the global community effectuates structural instruments beyond traditional aid, targeted at finance, trade and investment, and migration policy. In this respect, the ERD goes further than the UN High Level Panel report, by explicitly outlining the necessary means. (Read for instance The Broker’s analysis Highly ambitious or empty rhetorics? on the UN HLP report.)

However, it was not clear at the Dutch ERD launch how social and economic transformation should be defined. Rob Swartbol, Director General of the Department of International Cooperation and Heleen Bakker, Head of the EU External Policy Division at the Dutch Ministry of Foreign Affairs, for instance, do not interpret transformation the same way as the authors of the ERD or as Kevin McCarthy, of the European Commission’s Development and Cooperation Policy and Coherence Unit (DEVCO), do. Paul Engel referred to the political challenges ahead to achieve resilient and inclusive societies. But Nicole Metz, Policy Advisor at Oxfam Novib, pointed to the lack of a ‘citizenship and bottom-up approach’ in the report that is needed for such transformation. The ERD team has such an approach in mind, Engel later explained. He also admitted that the lack of clarity on transformative approaches has to be solved within the European Union (EU). Now, too many countries can hide behind vague definitions. However, if EU member states take for example inclusiveness seriously, they have to shake up their policies on trade, investments, and labour migration, as the ERD highlights. (Read more in the blogpost An inclusive future demands political courage.)

Published since 2009, the ERD forms an independent report, supported by the European Commission and seven EU member states (Finland, France, Germany, Luxembourg, Spain, Sweden, and the United Kingdom). It aims to stimulate research and debate on development issues, to provide the EU’s development policies with scientific input and to enhance the EU perspective within the international development arena. The necessity of research-based dialogue was emphasized by Kevin McCarthy, of DEVCO, who compliments the efforts made by the ERD to connect the debate on poverty reduction with instruments to achieve sustainable and inclusive development.

The ERD 2013 was prepared by the Overseas Development Institute (ODI), the Deutsche Institut für Entwicklungspolitik (DIE) and the ECDPM.

Another point of debate, and related to the above, is the role of the EU in the post-2015 process. (Read more in the blogpost In search for EU ambition.) The ERD emphasizes a lack of European ambition to succeed on a comprehensive post-2015 approach, due to the necessity of reaching consensus between 27 member states. Ambition should prevail above the economic interests of the EU and its member states, those which often undermine the EU’s broader development aims. The necessity of increasing policy coherence at the EU level was confirmed by Nicole Metz who argued that all national and EU policies should be measured against the aim of inclusive sustainable development. Rob Swartbol and Heleen Bakker both reaffirmed the necessity of formulating such a joint and ambitious EU position, but highlighted the difficulties in this respect in the light of the role of the individual member states in the UN negotiations.

While the Netherlands currently does not provide financial support to the ERD, Heleen Bakker mentioned the intention of the Dutch Ministry of Foreign Affairs to investigate the possibility that the Netherlands will contribute to the ERD in the future. This notable interest from the Ministry of Foreign Affairs in the ERD was also shown by the large number of participants from the ministry.

Saskia Hollander is executive director at The Broker.


Evert-jan Quak is now Research Officer for the K4D Programme at the Institute of Development Studies. 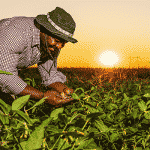 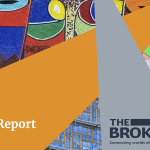 The Broker 2021 – A colourful report for a colourful year!