ICTs and the emergence of international protest in Central Africa

When considering conflict, governance and connectivity we cannot forget the discussions after the Arabic Spring events. There are many articles contesting the work of social media and Internet in such ‘revolutions’. Even though Arabic Spring did not have the results we were hoping for, it does not take away the importance of this ‘new’ kind of revolution.  By studying the impact of new Information and Communication Technologies (ICT) in recent movements of social and political change in Central Africa, it provides a valuable perspective on their effect and potential impact in the region.

Shortly after the outburst of the Arabic Spring I gave an interview to RTL4 TV for the Dutch public. The main question: what makes a revolution? The answer: young angry people, international contacts, a trigger event, mobilization, and leadership. We should also include finance. The introduction of new ICTs like Internet use, social media, mobile phones and recently mobile money can be very helpful in building a revolution. In the end, ICTs are a communication technique that unites people. The latest ICTs do just that on a new scale of connecting through global time and space.

A growing presence of new ICTs in Central Africa

In 2011 the advancements and spread of mobile technology and social media in sub-Saharan Africa were not comparable to the situations in North Africa and the Middle East. In Central and West Africa the establishment of mobile networks started around 2000, but did not progress into remote areas until 2006. Remote regions like central Chad were connected starting in 2007 while Gabon had complete coverage in 2011.

These nationwide differences can be linked to changing governmental policies, foreign commercial interests and the arrival of Chinese products such as cheap smart phones that have emerged on the African market. Yet from our observations in Congo, Chad and Cameroon, we can already see the importance of the ICT revolution for the internationalization of opposition movements against the oppressive regimes. And their influence should not be underestimated.

A young population that expresses itself freely

Countries in Central Africa have a very young population with about 60% less than 35 years old. Governments in Central Africa have not shown a long history of democracy but more a past of dictatorships and oppression. The youth are starting to express themselves as they become more informed about world news and events in the region. They do not only follow the news on RFI, the French radio, but are searching for alternative radio and TV broadcasts on the Internet.

Despite the non-transparency and lack of democracy in most of these countries, it seems that control of the new ICTs is not yet developed, as in comparison to Sudan. We did however come across rumors that the Cameroonian government uses spies on Facebook, and people in Chad were arrested after their emails were read. In general though, the youth do not feel nor care to be controlled as they express themselves freely on Facebook pages and via the Internet.

ICTs do not only exchange voice and text but also goods such as money, Now that network coverage is expanding, transferring money through mobile phones and services like Western Union has become a possibility for people in Africa. It is also not easy for governments to control this new flow of money and communication. Mobile money is now particularly interesting in regards to revolutions and political movements.

Compared to Kenya and Uganda, hubs in ICT are not as advanced in Central Africa but people are growing more accustomed to the system. Money transfers that are not linked to a particular institution have resulted in increased transnational networking and connectivity. For example, money earned in Libya was invested in camels in central Chad and among Cameroonians money circulates internationally and regionally within transnational networks.

Another interesting effect, one that we can almost call ‘agency’, of ICTs is that they steer the organization of student movements. On 9 March and the days thereafter, student manifestations in Chad resulted in police violence. The role of ICT in this manifestation can be seen in telephone calls and SMSs. Soon after the protests started the government ordered the telephone companies to disable services, and for a few days it was extremely difficult for protesters to remain in contact. Yet this did not stop the students. Soon after communication lines came back on, the students denounced the police’s violent handling of arrests by widely circulating and commenting on a video of the events.

A recent occurrence in Congo shows another important aspect of ICTs and social movements: information and international contact. In January 2015 Congolese people demonstrated against their government. Movement leaders from Burkina-Faso (Le Balai Citoyen) and Senegal (Y’en a Marre) visited Congo in support. It seems the various youth and student movements in Africa are not as isolated as once thought, and through ICT connections they are able to support one another in their cause. 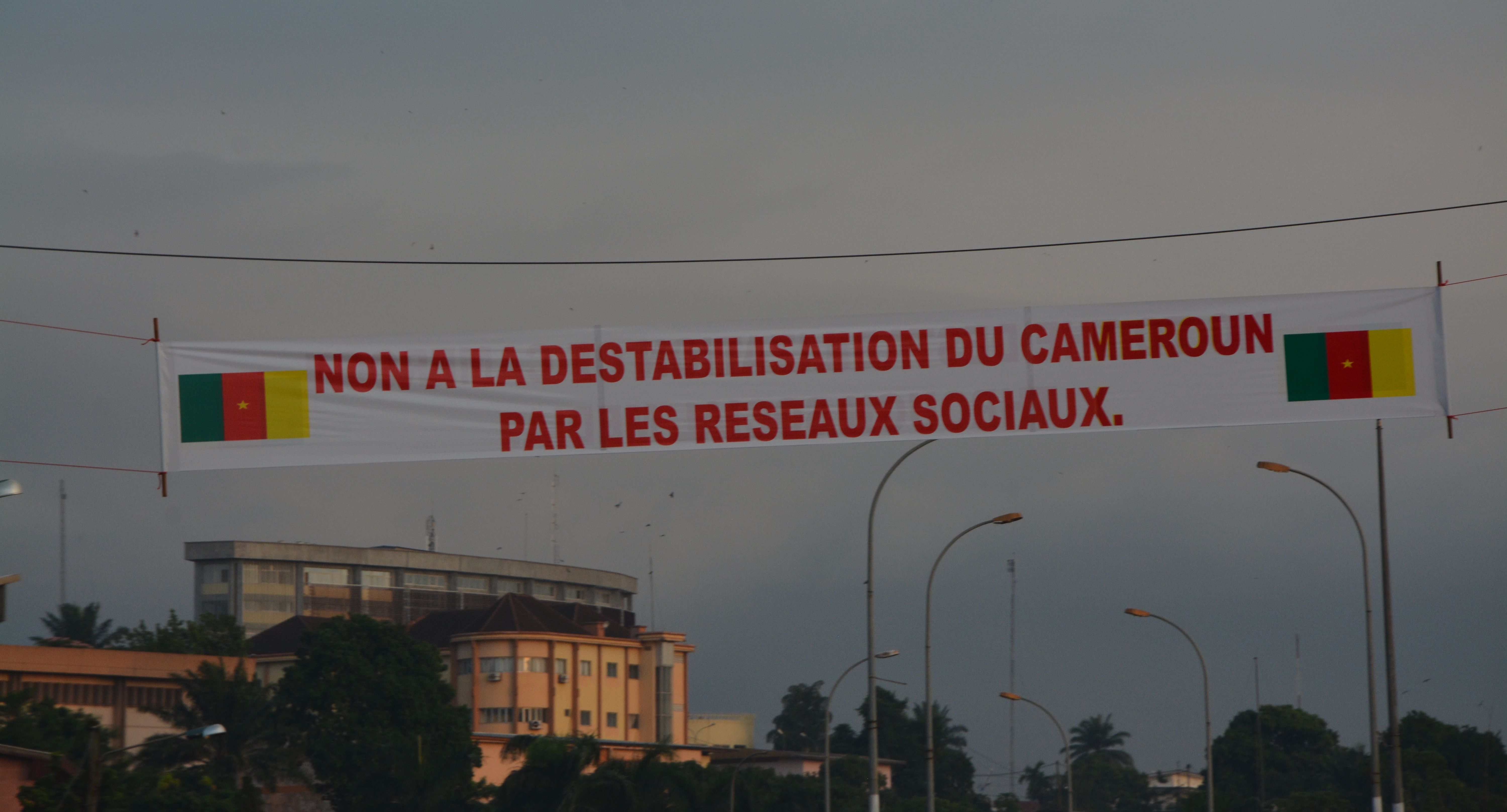 The rise of ICT movements?

The right ingredients for a ‘revolution’ are present in Central Africa, which include an internationally connected youth population that isn’t afraid to protest against their corrupt and dictator-led governments. ICTs are progressively covering territory and money is flowing, sometimes illicitly. Only the question of leadership remains. Who will be the new leaders in these movements and will they be the connected young?

The force of the combination of ICTs, youth, connectivity and social movements is easily recognized nowadays by both researchers and leaders in Central Africa. We saw banners in Yaoundé, the capital city of Cameroon, which highlighted the ICT and international protest combination (see photographs). This force should not be underestimated and should remain an explicit part in our discussion of ‘governance in connections’

Mirjam de Bruijn is Professor in ‘Contemporary History and Anthropology of Africa’ at Leiden University and senior researcher at the African studies Centre Leiden (ASC).