In conversation: Working with faith-based actors for development 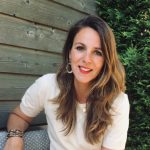 Last year Prisma and four of its members – Dorcas, Tearfund, Woord en Daad and World Vision – initiated a new research project into the role and added value of faith-based actors in sustainable development. As an independent knowledge brokering organisation, The Broker was commissioned to carry out the research in a quest to bring to light the most important opportunities and barriers for collaborations between secular and faith-based actors. On the 10th of March we hosted an online workshop, marking the end of the first phase of this project. This article presents the most important take-aways and questions of the workshop, focusing particularly on the fruitful dialogues in the breakout sessions.

The workshop was opened by the two researcher of The Broker – Martha Kapazoglou and Yannicke Goris – with a brief presentation of their preliminary finding.(You can find their presentation slides here) Download PDF
. After this presentation, the audience split up into smaller groups to reflect on these findings and share their own views and experiences. The discussion was divided into two parts. In the first session the participants talked about barriers (perceived or real) to faith-secular collaboration. In the second session they discussed opportunities and the added value of working with faith-based actors for sustainable development.

Reflections on the barriers to cooperation

Before delving into the barriers in the way of cooperation, various participants noted that large western FBOs (especially Christian ones) have a lot more in common with secular, western INGOs than they do with smaller, local FBOs or FBOs of other faiths. Hence it was questioned whether the secular-religious divide is all that useful in discussing the barriers to cooperation. Additionally, some participants were surprised by the fact that the research shows that FBOs are often pigeon-holed to work on the topics of freedom of belief and healthcare. Participants who worked at FBOs indicated that there is also much engagement in other issues of development, such as education. The FBOs’ expertise on themes other than freedom of belief and healthcare is also confirmed by the fact that government and other institutions fund programmes that tackle different issues. What these reflections show – beyond the fact that FBOs are a highly diverse group and practice may divert from theory and differ between organisations and geographies – is that much misperceptions and knowledge gaps remain when it comes to the role of religious actors in sustainable development.

Looking specifically at the barriers that stand in the way of effective cooperation, one key element that returned in various discussions is the importance of language and mindsets. First, it is unhelpful to employ dichotomous language (secular vs religious, us vs them, neutral vs biased) when entering into dialogue to find common ground for collaboration. Importantly, when it comes to worldviews, it was argued that the ‘neutral vs biased’ – where secular is equated with neutrality – is false: Secular actors also have their values and worldviews which they bring into conversations and their work. Neither secular organisations nor FBOs are a blank slate or neutral party. Yet, this idea – those secular organisations are more neutral – seems to be a commonly held belief, especially in the Western development sector. And it is an idea that stands in the way of finding common ground as it keeps in place a clear division between secular and religious actors.

The division is also perpetuated by the various stereotypes and biases that exist on all sides. They exist within FBOs, within secular organisations, within donors and notably also within local partner organisations operating in the global South. In addition to the secular-religious divide, attention was also drawn to another divide: that between the global North and global South. North-South cooperation is often hampered by stigmatisation and stereotyping, which are fed by the different use of language. For example, whereas NGOs (both faith based and secular) in the global North use human rights jargon, local faith communities use terms like ‘decency’ and ‘dignity’. Though the intent is often similar, this difference creates confusion and mutual misunderstanding. Thus, stereotypes do not merely exist between FBOs and secular organisations in the Netherlands. In fact, stereotypes might be more prominent in North-South relationships, even between FBOs in the Netherlands and local organisations in the global South. Reflections on the practices, ideas and words that stand in the way of collaboration, therefore, need to go beyond the secular-religious divide: They must take into account a variety of divides, inequalities and misconceptions, especially in the context of current debates and efforts towards localisation and #ShiftThePower.

Regarding the own experiences in existing networks on collaboration.

The second breakout group focused on opportunities for and the added value of working with faith-based organisations. These dialogues were marked by many examples of fruitful collaborations between secular organisations and FBOs. These include collaborations in the Netherlands, where FBOs and secular organisations cooperate and complement each other in consortia. Additionally, examples were shared of fruitful collaborations in conflict settings, within which FBOs were able to facilitate quick and efficient interventions through their understanding of and connections with local religious actors. In situations of crisis, international FBOs can be a crucial intermediary between larger secular stakeholders and local actors – fulfilling the bridging function that was also found in the research.

When discussing opportunities for collaboration, participants pointed to an important consideration that was not included in the research so far: In efforts to establish partnerships, secular and non-secular NGOs must not limit themselves to working together with ‘just’ FBOs. Multi-sectoral partnerships that represent all groups and interests of society may be hard to realise, but it is the strongest form of collaboration for sustainable and inclusive development. When entering such collaborations, it is important for all parties to be transparent about and stay true to their own identity – not letting go of their own perspective – while at the same time finding common ground and complementarity in their respective worldviews and approaches. This may sound counterintuitive but engaging in open discussions marked by a respect for one’s own and the other’s perspective makes lasting connection and cooperation possible. In such open discussions, sensitive topics should not be avoided. Trying to understand each other will foster social cohesion and mutual understanding. Through open and respectful dialogue we can foster recognition of similarities and differences, thereby growing a better understanding and opening opportunities for and deepening existing collaborations.

The workshop ended with the call to engage in critical self-reflection, since that forms the start of meaningful partnerships. Additionally, this research project was seen as a valuable starting point for a (renewed) open and honest conversation between secular and faith-based development actors to realise more meaningful collaborations to contribute to sustainable and inclusive development.

In weeks to come, The Broker will continue its research project to deepen our knowledge and mutual understanding. Prisma, Dorcas, Tearfund, Woord en Daad and World Vision are committed to pursue this goal in future, working to break down barriers and look for collaborations across all divides. 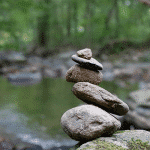