Including diaspora in the game 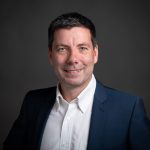 For many years a debate has been going on about the role of diaspora in development cooperation. In general, however, diaspora organisations and representatives do not seem to play a major role in the Dutch development sector. How strange it must be to observe that there is a whole community of practitioners, scientists and civil servants are forming opinions, designing policies and making field trips to the country where you originate from. And even stranger to realise that you, as a member of the diaspora, are often regarded as a problem. For a sector that so often uses the word ‘inclusion’, it is pretty painful that the African diaspora is, in practice, so often excluded. In my view, this is a missed opportunity. Therefore, in this article, I will share my observations and conclude by presenting three advantages of diaspora inclusion for the Dutch development agenda.

An effective and fun collaboration

In my work at Foundation Max van der Stoel (FMS) I meet many diaspora representatives. Together we have been organizing political debates as well as the annual Afrikadag, the biggest political event about Africa in The Netherlands. I am not from Africa, so it always felt slightly uncomfortable to organize such an event. What gives me the right to talk about this continent and to decide on the programming? Although programming might seem to be a rather neutral thing, in fact it is not. The choice of experts, topics and even music is value-laden and culturally driven – an important lesson I learned from intense discussions with various diaspora representatives. As a response, we chose to intensify our collaboration and work more closely with members of the diaspora from the cultural sector, politics, science, student organisations and the business community. They taught me an extremely important lesson: do not simply rely on your own frame of mind, knowledge and experiences but hand over control and give responsibility to those who you are talking about. That is what we did. And we are very satisfied about the results. Our activities have become more credible and more effective, because suddenly we had access to a new world of artists, experts, writers and so on. Besides that it made our work more satisfying and fun.

“What gives me the right to talk about this continent and to decide on the programming?”

Beyond weak criticism on diaspora organizations

The African diaspora in The Netherlands is a very diverse group with people from almost all African countries from Western-Sahara to South-Africa. While this is common knowledge in the development sector, there is still a tendency to expect the diaspora to speak as one group, with one voice. And, following the same line of reasoning, the lack of participation of this group in development cooperation is often attributed to the diaspora itself for four reasons: 1) diaspora organisations lack a professional attitude; 2) they lack unity and cooperation; 3) they are unable to wage a professional lobby towards the government the NGO sector and; 4) the added value of working with diaspora is doubtful because Dutch development organizations have a direct connection with organisations operating in aid receiving countries.

These four arguments warrant a critical reply. The first point about the lack of professional attitude is based on prejudice. While diaspora organizations are small, that does not mean their contributions lack quality. In my experience, the opposite is often true. Second, the point about the lack of unity is based on a typical Western/Dutch perception. Africa is not one country, but instead a continent of 54 very different countries. Dutch NGOs and policymakers want people from very different backgrounds to form one association with a clear lobby. What if we would ask this from people coming from different countries on the European continent? Asking Greeks and Germans to come up with one position is just as unfair as asking Somali and Nigerians to do so. The Dutch so-called ‘polder model’ forces very different organizations to work together and come up with one position. Is this reasonable to ask of people from 54 different countries? Or would it make more sense for policymakers and NGOs to listen to specific country-based diaspora groups? I would argue for the latter. This leads to the third point about the lack of a clear lobby. This point does actually hold some truth. Despite all their differences, diaspora organizations could find common grounds: attention for their causes, funding for their activities and a seat at the table. The question is whether these points give a strong foundation for the formation of a sustainable association? It has been tried before with some success but my impression is that diaspora organizations are just too different to make it work. Finally, the fourth criticism on diaspora inclusion is a serious one. The fact that Dutch NGOs work with local NGOs in aid receiving countries and policymakers tend to collaborate with their overseas counterparts has led to the neglect of diaspora groups. They are seen as superfluous. I believe that this is a mistake and a waste of talent and human resources. In my professional life, I found that including the diaspora has much added value. In the final section of this piece, I will share three important advantages of diaspora inclusion.

“While diaspora organizations are small, that does not mean their contributions lack quality”

First of all, the diaspora can help you bridge the cultural and language gap between your organization and your partners abroad. Besides this, the power gap between donor and receiver is less wide when you have these ‘bridge-builders’ on your team. The FMS operates in various countries around the EU. Our project managers and trainers often originated from these countries and their cultural understanding and language skills were essential in developing effective relations and projects. The seemingly simple act of having one our trainers in a Muslim country joining our local partners for Friday prayers proved a huge advantage in bridging the gap between donor and receiver of aid.

Secondly, my experience taught me that we are much better informed when we include the diaspora in our organization. Organisations that work in other countries are very much dependent on understanding the local context. To be effective in your work, knowledge of the local context, networks and (news) sources is essential. Therefore, having people in your team that are able to read the local news and understand the local codes is a great asset. With a diverse team, you will be able to hear rumors, gossip and communicate directly with your local partners in their mother tongue. Diaspora inclusion, in short, allows for a better understanding of not only factual, but also cultural and emotional circumstances.

Finally, having people on your team originating from the countries in which you operate also has a positive effect on the credibility of your organization at home. I remember clearly the days when the activities that we organized only had experts from The Netherlands on the panel. And yes, there was always one person that was actually born there. Almost as an excuse. Like the one female panelist you sometimes still see on all-male panels. A couple of years ago, I was approached by a man who told me that he was sick and tired of listening to Dutch experts talking about the country he was born in. Although we certainly do not exclude these experts nowadays, we make sure that as a rule, we also include a majority of people that are from the country we are discussing.

Becoming more diverse as development organisations will require a concerted effort of the sector as a whole. Yet, this effort should not be seen as a burden. Diversification, inclusion, working closely with the wide variety of diaspora groups – it is not a burden, it is a huge opportunity. It will provide joy, creativity and much needed credibility.