Inequality is politics report: Inequality and the post-2015 agenda

Inequality is the result of political choices. It is now a growing worldwide problem that causes social problems, financial instability and hinders economic growth. These were some of the key messages from The Broker’s panel at the recent Development Studies Association conference in Birmingham.

Inequality was one of the main themes when the annual Development Studies Association conference discussed the process of shaping the post-2015 agenda and the future of development cooperation. The DSA conference in Birmingham, UK, on 16 November, where The Broker hosted a panel discussion, brought together a diverse group of 200 academics, policy advisors and practitioners engaged in the theory and practice of development. In his opening lecture, Sam Hickney identified inequality as a political issue, seeing politics as the collective struggle over resources and ideas. His definition of inequality as unequal power relations between people in a specific social order ran like a golden thread throughout the discussions that followed.

Building on its Inequality Dossier and the associated debate that it hosted throughout the year, The Broker presented a panel discussion on inequality and the post-2015 agenda. The panel, consisting of three contributors to The Broker’s inequality debate, Charles Gore, Rolph van der Hoeven and David Woodward, together with The Broker director Frans Bieckmann, focused on why global inequality has increased significantly in recent decades, and possible ways to address it.

Frans Bieckmann kicked off by summarizing the most important findings of the dossier and debate, to which more than 40 discussants contributed. He started by distinguishing different kinds of inequality. Not only do most people (more than two thirds of the world population) live in countries where inequality increased between the mid 1990s and mid-to-late 2000s but inequality between countries also continues to rise. However, rejecting the widespread belief that inequality is an unavoidable force of nature, Bieckmann argued that inequality is the result of political choices which have led to winner-takes-all politics. Pointing to the belief of neoclassical economics that inequality is good for growth and that wealth will eventually trickle down to the poor, he pointed to studies suggesting that inequality hinders growth and correlates with financial instability and social problems. As such, high inequality hampers progress on the MDGs. Various stakeholders (academics, policy-makers and field workers) should therefore think about how to reshape global capitalism into a more inclusive and sustainable system by developing a more coherent and political narrative on globalization. The aim would be to identify the structural mechanisms of sustained inequality in a coherent and in-depth way, and to start creating global alliances with the political appeal to challenge them.

Next, Rolph van der Hoeven focused primarily on the functional inequality of income distribution between labour and capital, i.e. the share of GDP received by workers and capital owners. Against the background of globalization and financialization, wage shares in national income have declined in both developing and developed countries (including all OECD members) in recent decades while the share of top incomes has increased, causing greater inequality between different social groups. Functional inequality is at the basis of household income and determines how much money households have to spend on consumption Wage inequality has also increased due to a growing income gap between skilled and unskilled labourers. Both skill-biased technological change and financialization have additionally increased wealth inequality and unequal access to human capital development. Van der Hoeven followed Bieckmann in appealing to politicians to use the power of macroeconomic policies to reduce inequality. He suggested a number of political solutions including countercyclical monetary and fiscal policy, stricter financial and bank regulation, progressive tax systems and strengthening social institutions like labour unions. These kinds of policies have led to a notable decline in inequality in Latin America. In light of this, Van der Hoeven called for an inequality goal based on the Palma index of inequality to be included in the post-2015 agenda.

Charles Gore took a different stance, arguing that international income equality, rather than national inequality, should become a post-2015 goal. He acknowledged the importance of reducing national inequality but argued that this should be a matter for individual countries. Gore argued that the MDGs were mistakenly seen as national goals, pushing countries to adopt a particular kind of national development strategy. But their importance was that they were global goals, a focus that should continue in the post-2015 agenda. He envisaged three kinds of post-2015 goals: rights-based goals fulfilling basic human needs, the provision of global public goods, and more equal relations between rich and poor countries, which would imply restructuring the global architecture of finance and trade. An international inequality goal would incorporate all three of these aims, since it can be seen as a global public good, the expression of a right-to-development goal, and a channel for creating more equal relations between countries. Finally, an international inequality goal would force global policy-makers to address two major problems: the fact that current world income distribution does not permit the poorest countries to have effective forms of governance without aid, and that the growth of the global middle class (in itself a positive development) is creating greater inequality within countries.

Lastly, David Woodward argued that poverty reduction can only be achieved if global inequality is reduced. Using an impressive array of statistics, he compared global and national inequality and assessed changes in global incomes since 1981. Although the average household incomes of the poorest 60% have increased relative to world GDP since the 1980s, this increase turns into a decline if China is excluded. And, even though the MDG of halving poverty has been achieved, it would take another 100 years to eradicate extreme poverty if we continued at this rate. In addition, taking a minimum of five rather than 1.25 dollars a day would double this. Assessing what kind of indicator could be used for a global inequality goal, Woodward rejected the Gini coefficient (which measures inequality of income) because its meaning is not intuitively obvious, and the Palma index (which measures inequality between the bottom 40% and top 10%) because it ignores distribution within the top 10%, the bottom 50% and the 40% in between. Instead, he proposed a convergence goal, of narrowing the gaps between consecutive global income deciles by a specified amount. Reducing these gaps by a quarter, for example, would allow the income of the top 10% to continue to grow, while halving the global Palma index. This would require not just redistribution but policy change at global level. The interests of the poor majority of the world population can only be served through improved global economic governance, in the form of a more democratic and better coordinated international financial and trade system. This would require concrete policy measures that contribute to a more equal global economy, including a development model aimed at economic transformation and a pro-development solution to climate change.

In the final half hour, a lively and rewarding discussion followed in the crowded lecture room, leading one participant to remark, ‘the energy in this room is tangible’. One of the main points of discussion was accountability. While arguing for an international inequality goal, Gore acknowledged that global goals can only be implemented nationally. Van der Hoeven responded that this is precisely why he would be in favour of a national inequality goal: citizens can hold their countries responsible, but appealing to the international community to account for its policy it much more difficult. However, a national goal does not rule out an international goal, and certainly not a global approach to inequality. The difficulty of the latter, as Woodward argued in his presentation, is that it would require integral transformation of the global economic system – not an easy challenge for a divided international community. As the discussion continued, the participants agreed that the MDGs were too strongly outcome-focused, and were not capable of addressing complex problems like inequality in the kind of structural and integrated manner advocated by Bieckmann. One participant remarked that the post-2015 agenda seems to be running the same risk, and Van der Hoeven added that the MDGs had been hijacked by the aid community, which adapted its programme too uncritically to suit the MDGs in order to sustain itself. One discussant commented that we should remind ourselves that the High Level Panel narrative is only one of many, and social movements, think tanks, NGOs and other policy watchdogs should formulate alternative goals. The discussion ended with an important message, namely that global goals should have political traction, which the MDGs, as a collection of separate goals, lacked.

During this final session Gabriel Palma (creator of the Palma index) presented the audience with a fascinating puzzle: while inequality between the bottom 40% and the upper 10% in different countries varies greatly, the five middle deciles receive more or less the same share of national income (roughly half of GNI), no matter where in the world they live. Palma reasoned that if inequality is caused by the accumulation of wealth by the top 10% at the expense of the bottom 40% (which is the case, for example, in Latin America and South Africa), the implication for policy aiming to reduce inequality seems clear: to achieve a more equal distribution between the bottom and top. Reflecting on the causes of ‘Palma inequality’, Palma remarked that the elite in some countries is reluctant to invest capital gains back into the economy. This goes against the grain of capitalist theory, where reinvesting capital in order to accumulate more capital is the engine of the system. However, in some Asian countries business elites reinvest quite a lot in the economy, which poses the question what the drivers of this ‘other capitalism’ are. 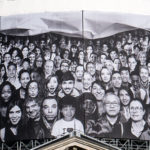 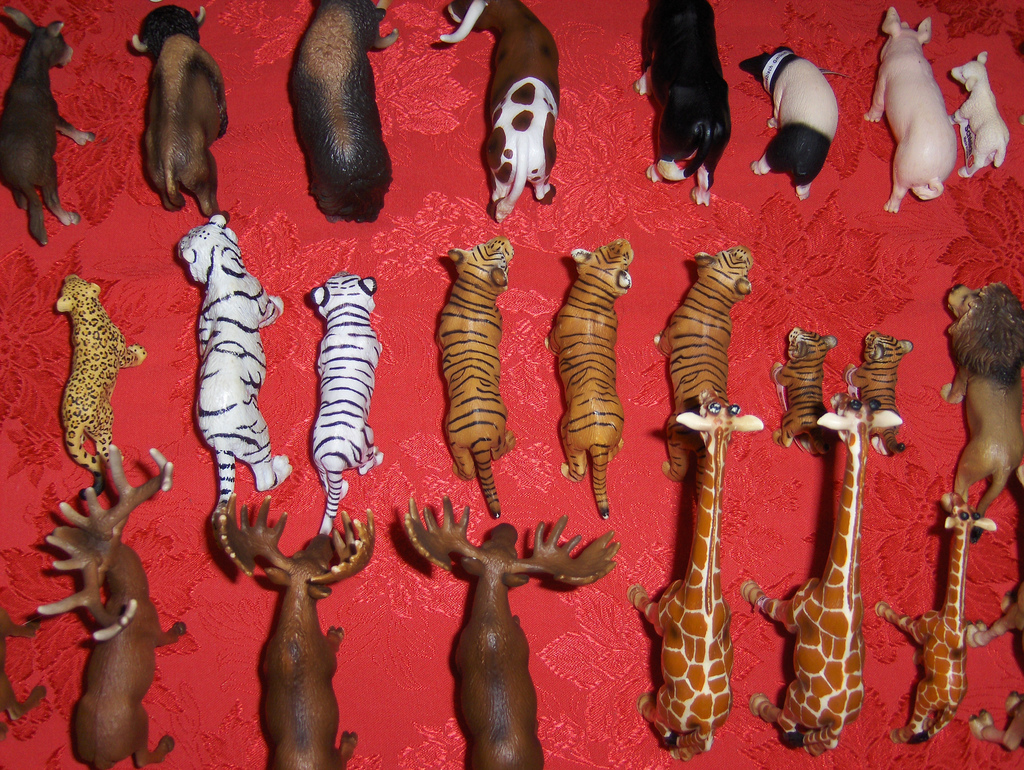 The Broker wishes you all a Happy New Year!