INGOs: being right or relevant? 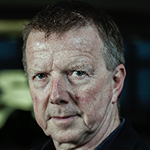 Normally I avoid discussions about the future of NGOs like the plague – they either involve a bunch of academics with only the vaguest idea of what we actually do all day, or a lot of senior managers emitting sonorous pronouncements on how we need to be more agile in a multi-polar world and use twitter a lot. But every six months or so, I dip in to see what’s new, so this week I joined a discussion at Hivos, an interesting Dutch NGO that is doing some big picture thinking and producing some extremely funky materials on ‘digital natives’, among other things.

Hivos had commissioned a paper by Mike Edwards (all purpose development writer and NGO watcher) to get the ball rolling. Mike’s core argument was that we face a disjunction between ‘thick problems and thin solutions’. Thick problems are ‘complex, politicised and unpredictable’, while ‘thin solutions’ are the preferred operating system of the aid industry, desperately seeking linear causation so it can ‘prove’ its impact (and justify its existence) with lots of monitoring, evaluation etc.

“The world of international development is excited by the power of markets and technology, but not by the slow arc of building better institutions or changing values and relationships; by the efficiency of Results-Based Management but not by the task of democratizing foreign aid; by the ability of Randomized Control Trials to forecast interventions that deliver the best returns, but not by debates about what this means for the deeper dimensions of wellbeing; by “value-for-money” among NGOs as sub-contractors, but not by the need to establish financial independence for groups that are rooted in the South.”

He adds some nice explanations for this trend, and argues that these solutions are ‘not going to get us anywhere near a sustainable human future’, and that the role for NGOs is to ‘act as bridges between ‘thick’ and ‘thin’, reintroducing ideas of transformation (of power, structures etc) back into development.

I buy some, but not all, of this. Real life (as opposed to the uncluttered conceptual landscape of the aid industry) has always been ‘thick’ – multiple factors, messy and unpredictable change, leaving leaders, citizens and social movements to navigate through the fog of history using a blend of values, instincts, opportunism and analysis. To my mind, Mike also gives too much importance to civil society organizations per se – his paper barely mentions the role of the state, democratic institutions, faith groups etc.

He’s also too dismissive of the results agenda (he doesn’t think we can beat them, i.e. start measuring what counts, not just what can be counted – ‘quantiphilia is not a contest NGOs can win’ – and argues we shouldn’t join them in the first place.) And although I would personally love to heed his call to give up on international institutions and close our offices in Geneva, New York etc, I think he’s wrong to portray these institutions as on the way out. There are too many global problems that will (eventually) require global solutions/institutions, and we need to be engaged in that thankless task. Ditto his argument for leaving humanitarian response to ‘consulting firms and other specialists’, although we probably agree on the need to shift towards building national capacity to reduce risk and respond to disasters.

So much for the paper, what about the discussion? It was pretty ‘wide-ranging’, as they say, so I’ll just add a few observations on the subtexts to the conversation.

Firstly gloom – the Dutch NGOs feel under political and economic siege right now from government, right-wingers and the media, attacking everything from senior salaries to aid effectiveness.

Secondly, we kept skirting around one of the underlying questions in the evolution of the aid industry – what replaces market forces as a driver of change? Speakers contrasted the development scene with the Fortune 500, where big companies rise and fall from year to year. Not so the UN, aid agencies or NGOs. Does the lack of destruction stifle creation too – block the appearance of development Googles and Microsofts to break in, crush the existing powers and transform how we work or think? And in the absence of market forces to drive product differentiation, there is a risk that we all head off and do the same stuff, herding after the latest development fads (value chains, microfinance, RCTs, whatever).

In response some, like Owen Barder think we need to find ways to introduce or mimic market forces in aid. But I think it’s also worth thinking about how other non-market institutions (governments, religious organizations, universities) improve their record on innovation, accountability and competition. In the world of INGOs, decentralization is happening fast, both internally and through the appearance of new start-up affiliates in the emerging economies (Oxfam India and the like) who will surely challenge for power within the NGO network. Maybe large NGOs should also get better at spotting, supporting and adopting innovation from its most likely source – new or smaller NGOs?

Thirdly, the discussion didn’t distinguish clearly enough between complicated and complex processes (and I’m not sure which of these constitute Mike Edwards’ ‘thick’ category). Complicated problems can be solved by thinking and studying harder. Complex ones are inherently insoluble – there is just no way of predicting that one man’s self-immolation will trigger a revolution. Complicated problems require NGOs to become cleverer; complex ones require them to think differently – to get better at spotting incipient big changes as early as possible, at finding ways to respond (promoting good change, preventing bad change), at learning how to take risks in a fog of rapidly moving events where we can never know enough to be absolutely sure.

There are also things we could do differently (or better) in response to complex processes. One is bearing witness – how is the latest shock hitting poor people, women in the informal sector etc? There is a huge gap in gathering rapid, realtime data on this that academics are not currently filling. We did it a bit on the financial crisis and food price spike and plan to do more of it in the future.

Finally, what is our role in a really big downturn and/or prolonged period of stagnation and austerity in INGOs’ traditional power bases – Europe and North America? One option is to hunker down, defend the gains (such as aid budgets) and seize the odd opportunity (like the Robin Hood Tax). Another is to say ‘there’s not much we can win here, and we have huge challenges coming down the track – let’s step back from the trench warfare of advocacy in Europe and America. Instead we should shift resources to the emerging powers (growing and changing fast, and so more open to influence) and/or long-term prophetic visioning on things like the future of economic growth, even if it damages our access to those in power today. As one person summed it up – do we want to be right or relevant? (And yes, in true NGO fashion, the answer is of course ‘both’). 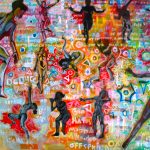 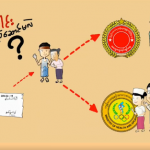 How adaptive are ‘Adaptive Management’ programmes in a crisis like Covid?