Not all of the answers are upbeat. Only 3% of all aid is earmarked for research and ‘knowledge accumulation’. And although many poor countries have become better integrated into international trade and investment flows since the 1980s, technology flows still largely pass them by. International mining companies are making big investments in Southern Africa, for example, but they operate as enclaves and thus provide very little opportunity for learning and knowledge exchange with domestic firms and their workers. 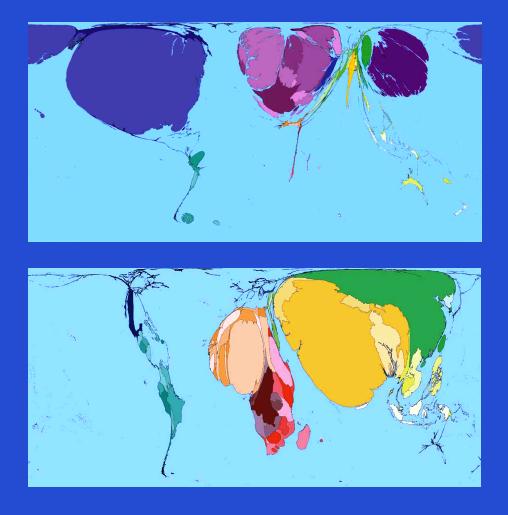 Each year, the UN Conference on Trade and Development (UNCTAD) publishes a socio-economic analysis of the world’s 50 least developed countries (LDCs), 34 of them in Africa. Previous reports have focused on trade, agricultural development and private capital flows. The 2007 report highlights the role of technological progress in pushing the LDCs from dollar-a-day poverty and conflict towards sustained economic growth.

What recommendations, or perhaps even positive news, does UNCTAD offer? The report states that technological change is a source of economic growth (witness the East Asian success), which in turn is the basis for poverty reduction. First, therefore, science and technology must be much more prominently included in the poverty reduction strategies as a priority policy. This should go beyond the ‘traditional’ S&T policy measures of expanding universities and research institutes. Enterprises (firms and farms) must become the locus of innovation. This requires, among many other things, fiscal policies with incentives for investment and innovation, and better regulation of intellectual property rights. The report devotes an entire chapter to the effects of stringent IPR regimes on technological development in LDCs.

Some 30–50% of people from developing countries trained in S&T live in the developed world. The report provides a list of recommendations to reduce the ‘brain drain’ and to increase a ‘brain gain’. For Europe and America, favouring circular migration of qualified professionals from LDCs rather than permanent immigration is one of them (see ‘Creating a virtuous circle’, 1, April 2007). The other side of the coin: given that few migrants will return home permanently if there are few opportunities, their home countries should focus on encouraging them to return temporarily – by inviting teachers to give crash courses, for example, engineers to contribute their expertise to specific projects, or doctors to assist with national healthcare campaigns.

‘More knowledge aid may be the key to aid effectiveness’, the report says. A rapid increase in official development assistance for agricultural R&D is top of the list of recommendations. Another is that donor-supported physical infrastructure projects must use the construction process to develop domestic design and engineering capabilities. It is the old wisdom of not handing out fish but teaching the skill of fishing that UNCTAD invokes in the last chapter of its report.

Finally, a bonus of this 220-page report, which claims to be the first to address the subject of technological learning and innovation in the context of the LDCs, is its cover: cartograms in which the sizes of countries are blown up or shrunk to illustrate the jagged global distribution of knowledge and extreme poverty.

Ellen Lammers is an independent Researcher and Writer, located in Amsterdam.