Negotiating the future of food and farming

Author: Niels Röling
Niels Röling is Professor Emeritus of Innovation and Communication Studies at Wageningen University in the Netherlands.

The International Assessment of Agricultural Science and Technology for Development (IAASTD) is working toward achieving consensus on ways to ensure global food security. In April, some of the world’s governments will decide whether to approve the IAASTD report.

The goal of the International Assessment of Agricultural Science and Technology (IAASTD) is to assess how agricultural knowledge, science and technology (AKST) are used and could be used to achieve the combined development and sustainability goals of reducing rural poverty, ensuring equity and global food security, and mitigating climate change. In April, some of the world’s governments will decide, in the presence of civil society actors, private industry representatives, international organizations and a number of the report’s authors, whether to approve the IAASTD report.

The IAASTD is unique in addressing these urgent global issues in a holistic manner. It is also novel as a process through which the global community will reach a consensus on global food security.

Assessment of complex and controversial issues such as global food security requires more than technical or theoretical expertise and a wider range of knowledge than the agricultural sciences provide. Take the following divergent views: The World Bank’s World Development Report 2008 suggests that the preferred method for producing sufficient food, fuel and fibre for the future is to transfer the vast resources held by the world’s poor into the kind of large-scale specialized mono-cropping that is efficient in the current global market system. Others claim that reaching the combined development and sustainability goals would require ‘level playing fields’ – balanced opportunities that allow the millions of smallholders in Africa, Asia and Latin America, who now produce little more than 1 tonne per hectacre, to make their resources more productive. This would require adjustment of the current economic system. Such differences in interpretation of the problem call for a global deliberative process that leads, if not to a shared perspective, at least to the recognition that conflicting views exist as ‘pre-analytic’ preferences. This article examines three aspects of the IAASTD: the process, the functions of assessments, and some of the controversies that emerged.

There were some points of controversy relating to the findings of the IAASTD report.

Multifunctionality: Agriculture must be multifunctional, i.e. it must not only produce food, fibre and fuel, but it must also provide environmental benefits. Countries that export food on the world market have warned against the use of the ‘M word’. They argue that the EU allegedly uses multifunctionality to maintain subsidies of farmers’ incomes.

Trade and markets: It is impossible to reach the combined development and sustainability goals within the current framework of globalization. Committed action is needed to evolve trade agreements that level the playing fields. This is anathema to free market fundamentalists who continue to see the principle of comparative advantage as an unquestionable scientific truth. Yet the principle allows, say, a few Dutch poultry producing companies to dump chicken wings in West Africa at a price that makes it impossible for an African poultry industry to develop. For the Dutch companies, chicken wings are a low value by-product of filets and drumsticks. Under comparative advantage, the dumping is all fair game. Developing countries that import their food cheaply from abroad are able to keep urban electorates happy, but this excludes local farmers from domestic markets and leaves their own resources degraded and under-utilized.

Technology development: Technology development alone is not sufficient to reach combined development and sustainability goals. An evolution of institutions that establish fair and enforceable rules, customs and practices in diverse cultural contexts is urgently needed. Dutch agriculture developed into the giant it has become (the tiny and densely populated Netherlands is the third largest exporter of agricultural products by value) only as a result of the development of cooperative banks and auction houses, land tenure laws that protect tenants, huge public land development and infrastructure investments, large public agricultural research, education and extension services, and a huge commercial service industry providing inputs, transporting produce and so forth. In contrast, countries such as Ghana and Benin are expected to develop their agriculture in global free market conditions. Some neo-classical economists and free marketers fought hard to exclude knowledge about how institutions work from the IAASTD process, but the weight of evidence has ensured that a balanced assessment persists, that recognizes complementary roles of institutional and technology development.

Biotechnology: There is a near-monopoly of a few private corporations in some branches of genetic technology and proprietary product development. The robust evidence from developing countries is that small farmers often cannot access or afford the current suite of products or that the products are not adapted to the risk-prone subsistence systems of smallholders. The risks of contaminating local seed systems remain. The experience with, for instance, BT cotton is that the technology may solve the problem of boll weevil larvae, but can induce other problems, such as infestations of insects. Some of the life science and crop protection companies have complained of what they see as a lack of enthusiasm for advanced biotechnology. On the contrary, the IAASTD report endorses the essential contribution of genomics in meeting current and future challenges in association with numerous other scientific capabilities and technological pathways (that sometime offer more effective solutions).

Food sovereignty: Many developing countries assert their sovereignty to control their own food security. They think the vagaries of world markets leave them vulnerable to unpredictable price increases. The US government’s decision to provide large subsidies for biofuel production, which help drive up food prices worldwide, is an example. Food sovereignty implies that countries have a right control prices, impose tariffs and otherwise mitigate the impact of the global ‘free’ market.

We are used to reading reports that are written from the single perspective of an expert or specialist institution. We are also used to committee reports, the outcome of which reflects agreement among members who have been chosen to represent a wide range of views on a subject. An international assessment is a novel multi-stakeholder approach to global assessment of existing evidence from a wide range of disciplines and practices that are required to address the many interdependent facets of food and farming outcomes. In the case of IAASTD, the formal stakeholder groups comprise a 60-member bureau from governments, the private sector and civil society, such as NGOs and producer organizations. The bureau ‘owns’ the process, so even if the IAASTD secretariat is housed in the World Bank, the result is not a World Bank Report. And although the IAASTD is co-sponsored by several important UN agencies and the World Bank, it is not a UN Report (see ‘Co-sponsors’).The Dutch government, incidentally, an otherwise an active and forward-looking player in international development, chose not to be a part of the most significant and rigorous assessment of the evidence to date.

The IAASTD has been a four-year process that included two rounds of global peer review of the successive drafts, made publicly available on www.agassessment.org. Literally thousands of comments and suggestions were received, usually referring to specific portions of text, and were carefully considered by the chapter authors and editors. Plenary sessions brought authors and editors together at various places around the world throughout the process. What was done with each comment was carefully recorded. Side meetings were also held with specialists on particular topics, farmers’ organizations, food retailers and community groups.

An international assessment is a critical evaluation of evidence for informing decisions on complex and controversial public issues. Examples are ozone depletion, anthropogenic climate change and loss of biodiversity. Recent assessments include the Millennium Ecosystem Assessment (EA) and the Intergovernmental Panel on Climate Change (IPCC). International assessments can raise awareness and prompt informed action by all stakeholders. The outcomes of the IPCC have recently convinced the world that anthropogenic climate change is real. The IAASTD is a sequel to IPCC. It follows the same process. The IAASTD director, Bob Watson, learned how to manage assessments while directing the IPCC. In some respects, the IPCC was an easier task: it dealt with indisputable ‘facts’ such as melting glaciers, levels of CO2 and so on, whereas the IAASTD explores the impact of people on the biosphere and at ways to use technology and institutions to create, through farming, sustainable and equitable human opportunity in the areas of food and other ecological services.

For the first time since World War II, the global community has reason to worry about its food security. Droughts in key production areas, increased consumption of meat, a shift to biofuels and increasing competition for water have combined to drive up food prices. Climate change can only exacerbate these effects. The expected increase in world population would require additional food production. According to recent OECD estimates, the additional demand calls for a 10% increase in the land area devoted to agriculture. Yet the current global market has not led to safe and healthy foods, and does not ensure equitable access to food. Large numbers of people continue to suffer acute hunger. Meanwhile, obesity is also becoming an important health risk worldwide. 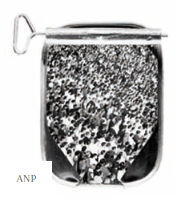 Poverty in developing countries is persistent. Globalization has not been able to significantly reduce the numbers of people living in poverty. Seventy percent of that global poverty is rural. Those living in rainfed smallholder farming areas, who have been bypassed by the Green Revolution and by market opportunity, are finding it especially difficult to cope with the consequences of population pressure: more intensive land use on degrading and eroding soils. In China, a mass exodus of very cheap labour from rural areas is fuelling the country’s economic miracle. In Africa, a similar exodus is leading to bloody conflicts as warlords recruit disenfranchised young men, as well as leading to dramatic efforts by economic refugees to enter Europe. Such migrations lead to destabilized rural areas and impoverished livelihoods as the older people and women who remain behind find it hard to mobilize essential labour.

The large areas of Asia, Latin America and Africa that now hold masses of rural poor are left underutilized. Investment in these areas is suboptimal from societal perspectives. It is little wonder that powerful entrepreneurs seek to appropriate the resources of the poor. Emissions trading, for instance, provides a rich new opportunity for appropriation. Elites in developing countries are capturing the benefits by planting trees on lands that are essential for the livelihoods of smallholders.

By focusing on the production of food, fibre and biofuel as commodities, we have steadily degraded essential ecological services such as pollination, control of pathogens, the quality and availability of fresh water, a stable climate and protection from floods and droughts. These ecological services support a complex web of life on which human existence depends. People are changing the face of the earth through agriculture; it is essential that farming also ensure that these other ecological services continue to be provided.

The IAASTD’s mandate deals with issues that are vital to each and every one of us. It is a unique platform for dialogue that has enabled assessment of the evidence in ways that step back from short-term concern with profit seeking and reflect on where we are going, for what purposes and how we could use knowledge, science and technology to change direction. A strong finding is that ‘business as usual’ is not an option.

❕ Unfortunately, due to the age of this contribution and several migrations to online content management systems, the footnotes in the text may have been lost. The footnotes below are listed in its original order of appearance in text.

Niels Röling is Professor Emeritus of Innovation and Communication Studies at Wageningen University in the Netherlands. 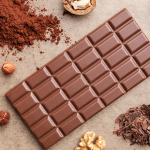