Religious actors in development: Time to fix our blind spot 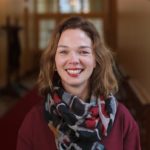 Religious actors are often able to give structure when the other institutions of a state collapse. However, their role and impact in development cooperation and international relations is routinely overlooked. When focusing on institutional multiplicity, one needs to acknowledge the contribution of religious actors to governance, peacebuilding and development. Like human rights organizations, the neutrality of religious actors can be problematic, as their actions are shaped by social and spiritual dimensions. Yet these are the exact same dimensions that ensure that religious actors have something to offer in times of fragility.

International interventions in fragile states have long focused on top-down state-building; however, nowadays, international donors and development organizations are increasingly acknowledging the importance of a bottom-up or combined approach to the (re)construction of society in fragile states. In many of these fragile state contexts, religious and spiritual actors fulfil important social roles and are ever present in the public domain. Hence, it is crucial for external interveners working on stability in fragile states to understand the role of religion in the context of multiple institutional arrangements, and to realize how religious actors can shape governance and provide stability in fragile societies.

In many Western contexts religion is a private matter; its public role is limited and it is usually deemed a matter of personal choice. However, in many parts of the world, religion is part of the everyday lives of people, the communities to which they belong, and broader social and political life. International Western development agencies often fail to grasp how in many countries, including fragile states, religion is in the public realm. Religion in such countries is intertwined with governance and development processes on local, national and international levels.

Fragile states can be characterized by a variety of institutional arrangements existing alongside each other. In these states, complex relationships exist between an array of non-state and state institutions that are constantly renegotiating their legitimacy and accountability. In this situation of institutional multiplicity, state actors – if present – share the governance landscape with traditional institutions, such as tribal or religious organizations, ‘parallel institutions’ formed by social political organizations, radical groups, aid agencies and citizen’s groups that emerge to meet the immediate need or emergency. Religious and faith-based organizations, networks, groups and agencies are among these non-state institutions and arrangements and perform particular functions that in Western contexts are often considered the responsibility of the formal state, including resource management, conflict resolution and even basic service delivery.

One example of how religion can play a role in governance processes is the involvement of religious actors in the reconstruction of a cercle (municipality) in the predominantly Muslim Timbuktu Region of northern Mali. In the 1990s, this region was affected by a large-scale conflict between the nomadic ‘white’ Tuareg and the sedentary ‘blacks’. The UN contracted the faith-based NGO Islamic Relief to facilitate the ‘reinsertion’ of people who had fled during the conflict into the administrative cercle Gourma Rharous. Islamic Relief was also asked to help improve living conditions and security in the area.

Because of a lack of elected mayors in the region, Islamic Relief turned to local imams and chefs de village to engage the towns in this process. As they were able to involve religious and traditional actors in their cooperation with government officials, Islamic Relief created public and government support for their reconstruction programmes. After a successful conflict management intervention in Darfur, Islamic Relief realized that shared Islamic values were important in how local religious leaders were involved in conflict resolution and governance. As a result, the organization has recently developed a toolkit for conflict transformation, combining Islamic principles with community dialogue and practical action.

Another example of the involvement of religious actors in peacebuilding and reconstruction can be found in the Central African Republic (CAR). Here, rebels mobilized the Muslim North. In response, Christian groups, referred to as ‘anti-Balaka’, started attacking Muslims, who fled the country in great numbers. The devastating conflict that resulted is often perceived as a religious conflict. While it cannot be denied that religion played a role, the conflict was enflamed by political, economic and social instability.

Far less reported are the role that religious leaders in the Central African Republic have played in promoting peace and stability. It was the Grand Imam and the Archbishop of Bangui who started campaigning for peace on national radio and who initiated dialogue between Christian and Muslim youth. Other examples of the influence of religious actors include the Catholic Cathedral in Bossangoa, which has housed over 40,000 refugees since 2012, and the distribution of food and emergency aid through local churches. In June 2014, the Bishops Conference of the CAR stressed the importance of establishing peace from a faith perspective, criticized the reference to ‘anti-Balaka’ as a Christian group and called for an end to violence.

While the situation is still unstable, through faith-based networks such as Caritas Internationalis and the ACT Alliance (a global alliance of 130 churches and related organizations), displaced people are provided with humanitarian aid and supported to return home, work their lands and re-open their schools.

Beyond the practical: the entanglement of the social with the spiritual

Religious actors are often the most visible in fragile states through the practical services and support they provide. However, for many religious actors the support they provide in times of fragility is part of a broader mission, that goes beyond the practical and the here and now. As they are part of communities, local religious actors are usually aware of what moves and motivates people on a social and spiritual level. Thus, they are well informed of the needs of the people, which is essential for successful intervention. Religious actors have the potential ability to give structure when other state institutions collapse.

Box 4. The Catholic Church: the only remaining service provider during the Second Sudanese Civil War

A concrete example of religious actors remaining as the only service providers on the ground can be found in the role of the Catholic Church in Sudan during the Second Sudanese Civil War (1983–2005). Catholic churches were the only institutions providing services such as health care, education, emergency relief, food, shelter, security and protection after the war. A functioning government was absent and, during the most severe periods of conflict, NGO’s evacuated their staff.

The role of the Catholic Church in providing structure and basic services in Sudan, when other structures were absent, went beyond the practical and was closely entangled with the spiritual. John Ashworth, former director of Church Ecumenical Action in Sudan, explains: “The Church provided for the material needs of the people when possible – food, medical care, education and employment – not as a social service programme, but because it is an obligation for the church to be in the midst of and care for the suffering.” These Catholic churches were, and still are, inspired by caritas (charity), a spiritual concept that resonates with the Biblical command to love your neighbour as you love yourself.

In exploring whether or not, and how, to engage with religious actors, it is important to carefully consider the opportunities and challenges involved, for example, with providing aid in Syria (see Box 5). The grass-roots roles of religious actors can ‘help people help themselves’ and their involvement may legitimize processes, but their involvement may also contribute to conflict and polarization, as in the Rwanda genocide of 1994. In addition, their involvement may promote missionary agendas, which can hamper their ability to address the community as a whole. On the other hand, faith-based development organizations can also serve as mediators and act as bridges between secular development donors and local religious organizations.

When providing humanitarian aid in Syria, NGOs are cautious not to be perceived as taking sides in the conflict. In a meeting on religion and humanitarian aid organized by the Knowledge Centre on Religion and Development, director Mustapha Bouchalick of Islamic Relief, the Netherlands, explains that the Muslim identity of Islamic Relief gives the organization credibility, but its identity can also easily be politicized. In Syria, with its patchwork of religious and ethnic groups, the organization carefully chooses to work with people from a variety of backgrounds and with local partners that have Sunni, Shia and Christian roots. “You have to show in your own organization and through the partners you are working with that you are a peacemaker,” says Bouchalick. “And that is a real challenge.” Feije Duim from Kerk in Actie (Churches in Action) the Netherlands confirms that his organization faces the same dilemma. Although the Christian NGO, just like Islamic Relief, endorses the principle of neutrality and helps people regardless of their ethnicity, religion or sex, it must walk on eggshells to avoid being accused of partiality when providing aid in Syria. A careful analysis of the context is crucial, as is awareness among donors in the home country that support is provided to both Christians and Muslims. To illustrate this point Duim explains: “We make situations worse in Syria if we support only Christians, and, by the way, our Syrian Christian partners can often reach out more easily to Muslims than to their fellow Christians.”

Legitimizing power: Religious actors have legitimizing power that people rely on. Their involvement in processes of peacebuilding, reconciliation and (re-)building governance structures can lend credibility and a sense of moral authority to these processes. Emeritus Archbishop Desmond Tutu is probably the most famous example of how religious authority can sustain processes of political reconciliation.

Impact on both parties

Box 7. Assessment of religion and the role of religious actors

Without claiming to be exhaustive, such an analysis should include:

Religious actors need to be handled with care. Like other actors in contexts of fragility, their role and involvement in processes of development and governance requires careful analysis. More specifically, many religious actors perceive and shape their role in society based on a close entanglement of the social and spiritual dimensions. Perhaps it is not despite this, but because of this, that religious actors have something to offer in times of fragility.

Brenda Bartelink is a programme advisor for the Knowledge Centre on Religion and Development at Oikos.


Merel van Meerkerk is a junior researcher for the Knowledge Centre on Religion and Development at Oikos.