Resilient food systems and COVID-19: lessons for a Just Transition 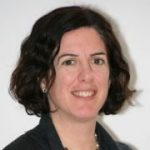 Author: Krystyna Swiderska
Krystyna is an expert in traditional knowledge and biocultural heritage of indigenous peoples and local communities.
Click here to visit our COVID-19 dossier

The COVID-19 pandemic has exposed huge vulnerabilities and inequalities in food systems. They are highly vulnerable to the impacts of climate change: to droughts, floods, typhoons, sea-level rise – the current locust outbreak in East Africa. But they are also part of the problem, contributing about one third of global greenhouse gas emissions and being highly inequitable too. Krystyna Swiderska spells out what needs to change.

COVID-19 is disrupting food supply systems and livelihoods – people in the informal sector will be particularly affected.  The COVID-19 pandemic is not only a health crisis but also an economic crisis and a food crisis, coming on top of the climate crisis. Like climate change, its effects will be most acutely felt by the poorest and most vulnerable countries and communities.

COVID-19 makes a Just Transition to more resilient, equitable and low-carbon food systems all the more crucial and urgent. It is a wake-up call that has forced people to think differently and look for change. We must make the most of this opportunity. So what are the impacts and lessons from the pandemic that can inform a Just Transition in food systems?

Steps towards a Just Transition

A crucial first step on the Just Transition pathway is to establish inclusive policy dialogues, bringing marginalised, poor and vulnerable groups into decision-making forums at all levels – local, national and global. In fact, there’s already been an upsurge in solidarity and rapid action by civil society and governments, often working together, to address food shortages – this needs to happen more.

Governments must reform agri-food policies to prioritise the needs of food-insecure, poor and vulnerable people and to address major inequalities in access to land for millions of smallholders across Southern Asia and sub-Saharan Africa. And massive input subsidies need to be repurposed to support agroecological practices.

Intensification is not necessarily the solution – less intensive production systems produce less waste, as do localised food systems, making it easier to ensure food reaches those in need.

Perhaps surprisingly, the best strategy to respond to this global pandemic may be to go local and less intensive, creating systems that not only serve the immediate crisis but also build resilience to ongoing and future shocks.

This blog is based on a presentation made at the ‘The International Dialogue on the Climate Emergency and the Future of Food’, organised by the Global Alliance for the Future of Food and Salzburg Global Seminar in May 2020, and also draws on the rich discussion during the event.

This article was originally published on the website of the International Institute for Environment and Development: https://www.iied.org/resilient-food-systems-covid-19-lessons-for-just-transition

Krystyna is an expert in traditional knowledge and biocultural heritage of indigenous peoples and local communities.

Pathways for market-oriented development on the HDP nexus