Returning to Afghanistan: challenges for child returnees during COVID-19 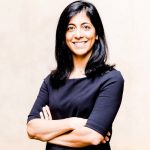 Despite the risks of vehicle accidents, hunger and thirst, robbery, kidnapping, sexual violence, physical assault, torture by the police, shootings and even death, in recent years many children living in Afghanistan have decided to leave their country and cross the border to Iran. In most cases, the children and their families are aware of the dangers but choose to face them for the promise of much-needed economic opportunity. With the threats of conflict, natural disaster and food insecurity ever present, the number leaving Afghanistan has risen steadily in recent years. In the context of COVID-19 however, the number of returnees, including many children, has exploded. Running from the virus that is wreaking havoc in Iran, these minors have to reintegrate in their homeland where other challenges await. Samuel Hall, a social enterprise that conducts research in countries affected by issues of migration and displacement, has been monitoring the reintegration situation of these child returnees in collaboration with War Child UK. This article is based on the key findings that are brought together in the insightful report Coming back to Afghanistan: deported minors’ needs at a time of COVID-19.

There has been a constant stream of forced returns from Iran, at around 400,000 per year between 2007-2017. In 2018, the IOM reported that nearly 800,000 undocumented Afghans returned or were deported and among these large numbers is a greater proportion of children than ever before – both with their families and unaccompanied. In the context of the current pandemic, numbers of returnees have risen dramatically. According to the Ministry of Public Health teams at the Islam Qala border in northwest Afghanistan, many children, despite returning to poverty and conflict at home, are deciding to leave Iran due to the country’s high virus rates. One official shared that there are about 15,000 people returning to Afghanistan from Iran every day, and many of the minors risking the journey are motivated by fear: “There are two groups of children: those under 10 who don’t understand anything about the virus. And those above 10 – who are very scared and very stressed.”

Challenges at the border for NGOs and families

Between 2008-2020 the presence of specialised agencies, the United Nations and NGOs at the border between Afghanistan and Iran has been diminishing steadily, mostly because of security incidents on the road from the city of Herat to the border of Islam Qala, as well as a decrease in available funding. At the same time, however, the need for these organisations has only increased – with the rising number of refugees and returnees, among whom are many women and children, all of whom may have experienced detention and forceful return. Over the last few months, moreover, the coronavirus has made work for those organisations that are still present even more difficult. In addition to staff shortages and health concerns, the virus has also lead to rising costs of reunification for both families trying to get home from Iran and the NGOs supporting them. Children and their families now pay an average of 2,000 Afghanis for transportation – up from 1,000 Afghanis last year – to return home. In part, this is because of restrictions in transportation: The larger vans used by social workers and NGOs to take children from the Western border back to their province of origin are currently forbidden by the government due to coronavirus. At the same time, the smaller vehicles that are allowed can only transport half the number of children to allow space in between passengers – meaning twice the number of cars must be hired. One support worker told us that “Expenses have doubled on our end [but] the economic impact of the coronavirus is felt mostly by the families who were already poor. If the government doesn’t help them, they will have to [go] back to Iran and put themselves in even greater danger.”

Once they arrive back in Afghanistan, children are given masks and gloves, followed by clothes and food at a transit centre in Herat. They are also taken through information sessions about return in general and the virus in particular. Whilst some misconceptions are present, most Afghans are relatively well informed about COVID-19. That said however, understanding the advice and being able to implement it are two different things. Inflation has seen the prices of healthy foods and other essential goods double in many places since the arrival of the virus. Masks are simply unaffordable for most, and soap bars that used to cost 20 Afghanis now cost 50. Food insecurity is a major concern as well . “We can’t afford any of the prevention measures – but we understand how serious the virus is”, said the father of a deportee, Mohammad Jan, in Herat. “Yet, we don’t even have food to eat.” Sharing this experiences, Mohammed Naeem’s father in Badghis aptly described the dire situation: “This virus is killing us without us having been infected! Before the quarantine, I used to work. [Now] the bazaar is closed, and prices have gone up. In the future, we may not be able to afford any food anymore – that is our biggest source of anxiety.”

When children return back home to their families alive and healthy, the initial response is one of happiness. Yet, as the Samuel Hall researchers found, financial stress ensuing upon a child’s return weighs heavily on families. Moreover, worries are even greater in the context of COVID-19. As Shahram Khosravi also points out in his article “When home does not exist, what does self-quarantine mean?”, it is vital that aid organisations critically consider how children can be supported in their reintegration and given a sense of ‘home’ when faced with the major restrictions related to the corona virus. Children like Mohammad Naeem, who have returned from Iran, need an environment that feels safe, where their capabilities can be expanded, not constrained. Yet, constrained they are, by the measures imposed by the government to combat the corona virus, as well as by the stigma attached to their journey. According to a representative of the Human Rights Commission, “The biggest impact of this virus on children is the fear that it has instilled among them. They are scared that they will be stigmatized, and pointed at, for bringing the virus [from Iran] to Afghanistan.”

These fears are not unfounded: “In some provinces, families are too scared to welcome back their children [for fear of contamination]. [On one occasion] we had to explain, call numerous times, reassure them, explain to them the situation until they accepted to take their son back.” Children are sometimes hidden from communities to avoid raising concerns for them and their families. Many community leaders are, in fact, not aware that the children in their communities have returned. In some instances, parents have asked for their children to go back to Iran and not to come home. Mostly however, parents welcome the social workers who will reunite them with their children, although they often ask to keep a low profile, so as not to draw too much attention to themselves and their families.

As we grapple with the practical requirements of ensuring that children can return home safely from Iran to their homes in Afghanistan during COVID-19, we cannot lose sight of what it is they are returning to. Improvements since 2016 – including a stronger reception system at the border, the inclusion of social workers and a case management approach, as well as coordination between agencies – are positive signs of change. Follow-ups with referrals and long-term support are, however, still lacking. Especially in the context of this pandemic, the Afghanistan Protection Cluster (APC) and its members require greater donor support to meet the demands for protection and reintegration of unaccompanied minors.