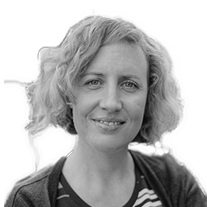 Author: Vanessa Nigten
Knowledge broker in the field of global sustainable development, working for the Food & Bussiness Knowledge platform and The Broker

If one message should be taken from the European Development Days it is that the world will not be able to tackle its many future economic, social and ecological challenges without sustainable development partnerships. Yet, the lack of constructive, inclusive dialogue during the conference itself demonstrates the challenges in creating such effective partnerships.

Building consensus on the post-2015 development agenda that soon will become a reality was the reason for 5,000 delegates to gather at the European Development Days meeting in Brussels on 26 and 27 November, the world’s biggest development event of the year. The participants came from Europe and many other continents and represented all sectors involved in development. As was to be expected and in line with goal one of the international MDG framework, which will expire in 2015, ‘Food Security, Nutrition and Resilience’ was one of the twelve main themes of this two-day symposium initiated by the European Commission. Despite the fact that the MDG of reducing the number of people suffering from hunger by half before 2015 was met in 2010, about 900 million people worldwide still remain undernourished. Due to economic and ecological circumstances, the global food system has become very vulnerable and growing populations and prosperity present enormous challenges. Executive Director of the Initiative for Sustainable Trade (IDH) Joost Oorthuizen puts it in clear terms: ‘For the coming 50 years, the world needs more food production than the whole production of the last 500 years.’ Action is urgently needed and food security should thus remain an important aim – if not the most important aim – of the forthcoming development framework.

The current European debate on the post-2015 agenda is focusing more on the issue of ‘how’, rather than on the question of ‘what’, which was the main concern of the current development framework. As a result, the main idea that emerged from the sessions was that we can only ensure sustainable food production and nutritious food supply with inclusive global, regional and local partnerships between a wide range of partners. As Marcus Cornaro, Director-General of EuropeAid, and others asserted, well-executed cooperation to ensure resilient food security offers an excellent opportunity for development and catalyses sustainable economic growth.

Many participants in particular called for multisectoral and whole value chain approaches with local countries taking the lead. There was general agreement that strong engagement by governments, local communities and research institutes, in collaboration with private actors, is very important. Stakeholders should work from the perspective of mutual benefits with the aim to establish effective trade chains. Michael Hailu, Ethiopian Director of the Centre for Agricultural and Rural Cooperation, for example, suggested that the major problem that 40% of all food is lost (post-harvest and on the consumer side), can only be addressed by involving all value chain actors. The EU’s ‘Scaling up Nutrition’ programme, already signed by more than 40 countries, is a good example of such an initiative. For these collaborations to be effective, as the Executive Secretary of the West African Farmers Network Sylla stated, donors should forget their ‘Plan B’, based purely on their own interests.

During the meetings, two forms of partnership in particular came to the fore. The first was collaboration between smallholders and private sector actors with the intervention of donors. Smallholder farmers should be given access to markets and they should be treated as private sector, rather than civil society, actors is an idea of several participants. Other panellists state: ‘Farmers want to be businessmen. And small farmers should be given the opportunity to become commercial family farmers’ (Hailu) and ‘farming should be framed as profitable business’ (Owuor, director of the Europe-Africa-Caribbean Pacific Liaison Committee). It was further emphasised several times that involvement of the local community is indispensable for building resilient sustainable solutions. One obstacle to this full participation, however, is the knowledge gap between smallholders and other actors in the value chain. Michael Hailu suggested that using information technologies to link farmers to markets and applying a business approach in education systems are best practices to address the knowledge gap. Speaking from experience, a GIZ programme manager on private sector development Muthami said that technical assistance, investments and facilitating contract farming to encourage smallholders to scale-up can also help. In addition, Oxfam International’s advocacy director Celine Chaveriat raised the point that the private sector needs to adopt a sustainable supply perspective, rather than maintain its competitive attitude. Much of the discussion took place without representatives of the private sector, but delegates from DSM and the Waitrose supermarket chain described concrete examples of their companies’ involvement in nutrition in Rwanda (DSM) and the value chain in South Africa (Waitrose).

The second form, seen as essential in catalysing inclusive food production, is the public-private partnership. A form in which governments are actively engaged, again with donor support. According to Ernest Ruzindaza, Permanent Secretary of Rwanda’s Ministry of Agriculture and Animal Resources, strong national institutional plans are needed for home-grown development solutions. As the SNV representative Sithembile Maunze added, these should partly be capacity building investments, for example in the quality of education systems, but should also address access to land and resources and diversification of finance, especially in rural areas. Director General of IFPRI Shenggen Fan suggested that the youth bulge should particularly be mobilised, because ’we need to create an agriculture generation by providing services relating to land, finance and technical assistance’. The fact that young generations are already strongly involved in development and climate issues, shows that access to Internet is an enormous asset. Others, including the Finnish Minister for International Development and European NGO Confederation CONCORD, highlighted the need for more policy coherence for development and international programmes to address challenges like drought.

The challenge of conducting effective partnering

All in all, the participants concluded that partnerships are the best way forward to ensure resilience for food and nutrition security. The message was that applying good practices in different regions should be the next step. ‘Strong, locally-created practices can be scaled-up’, said the Rwandan Ruzindaza, a point that was supported by many others. Action plans and engagement are needed. Yet, the question of how these partnerships should be realised in order to reach inclusive sustainable cooperation was not really addressed.

Although Kalilou Sylla, representing Farmers and Agricultural Producers, for example, stressed that in West Africa there is a lack of knowhow, despite the will to create strong cooperation between governments and smallholders. Yet, there was no real discussion on what in particular is required of different partners to achieve genuinely inclusive sustainable cooperation. That is precisely the challenge, however, as was also stressed earlier this year in The Broker debate on food security, which concluded that inclusive (horizontally structured) and comprehensive (addressing the whole food system) partnerships can improve food security.

The Development Days themselves showed how difficult it is to really cooperate. One after another, the participants summarised their, often valuable, ideas on the need for partnerships, but there was hardly any discussion on how to overcome bottlenecks and cope with conflicting interests. One report from the events illustrates how well a prominent participant in one of the panel sessions simply enumerated his own points, interesting as they were, without getting any further through constructive reflection and dialogue.

However, we should not be too pessimistic. Achieving a consensus among 5,000 people from many sectors worldwide on poverty and development issues that need to be addressed post-2015 and on the first directions how to treat them, is already a step forward for coordination. The future now is to determine whether partnerships are just another way of framing development efforts, or if they will indeed effectively contribute to creating inclusive solutions for development.

Knowledge broker in the field of global sustainable development, working for the Food & Bussiness Knowledge platform and The Broker

How can FNS programming ‘do good’ in fragile settings? 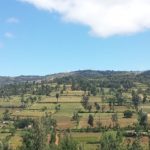