Child helplines around the world enable children to share their problems and seek assistance. Alice Kubo of the global network of child helplines talks about how research can help identify more effective ways to prevent the maltreatment of children, including commercial exploitation such as child trafficking. 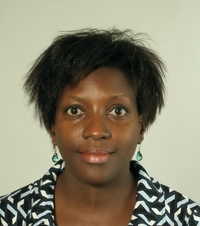 Alice Kubo is programme manager for Africa at Child Helpline International. Her academic background is in International Development Studies, and her MSc thesis (2007, distinction) examined the impact of abolishing school fees in primary education on the quality of education in four African countries. She previously worked as Council Member for the Malindi Museum Society (MMS), a civil society organization dealing with cultural, environmental and health matters affecting residents of Malindi, a small town on the Kenyan Coast.

Where does Child Helpline International (CHI) operate and what does it do?

CHI is a global network of child helplines operating in more than 150 countries. Child helplines have existed in Europe and the US for more than three decades. In Africa, the first was established in Namibia in 1980. CHI was launched in 2003 to develop a network of child helplines around the world to encourage the sharing of information, experiences and resources. CHI supports organizations that want to set up new helplines, especially in developing countries. With government bureaucracy and at times indifference, this is no easy task. But we are making steady progress. Since 2003, the number of CHI members worldwide has increased from 49 to 97 child helplines in 2008.

Our work is based on the Convention on the Rights of the Child of 1989, which 192 countries have ratified, but many violate. CHI advocates for children’s rights, working with children’s networks, governments, UN bodies and the private sector. We get input about problems children face from what they tell our partner organizations when they call their toll-free helplines. Issues children have range from discrimination at school and difficult family relationships to rape and other violence. We believe children themselves are the best individuals to identify their problems. The past year, I’ve also been heavily involved in workshops on child trafficking for the CHI partners in countries belonging to the Southern African Development Community (SADC). We are very concerned that, in the build up to the World Cup 2010 in South Africa, incidences of child trafficking will increase considerably.

Advocacy work for child protection is the core activity of many CHI members and partners. How could academic research contribute to this?

There is a very concrete way that academic researchers, social scientists and scholars of methodology and statistics could help us. Every year we publish our flagship document called Connecting to Children. It is a presentation of the data collected by our member organizations. It presents the voices of children and provides insight into their daily lives and the problems they face. However, we feel that there must be ways in which we can make much better use of all the information that is submitted by the child helplines. We want to analyze these data in more relevant ways, for example to look at the impact child helplines have had on children’s lives, or to compare the problems children have across gender and age. We are currently unable to do any of this. We cannot do cross tabulation or multi-variable analysis with our software. There are over 400 variables now included in our database. It would be a massive help if some academics would look into our current way of collecting and organizing information and advise us as to how to restructure it. Learning to extract valuable information would greatly improve our understanding of children’s problems and help us to strengthen children’s rights.

What research is currently being done on the issue of child trafficking, and what additional research should be undertaken?

Child trafficking is increasing worldwide. In February, the UN Office on Drugs and Crime (UNODC) issued a Global Report on Trafficking in Persons. It shows that almost 20% of all trafficking victims are children. For some parts of Africa figures are much worse, and children there represent the majority of victims of trafficking. The report confirms what we also experienced in our project this year: neglect or outright denial of the problem on the part of many governments is a big obstacle to tackling this grave human rights violation. Moreover, in our meetings we often find that government officials have a very different understanding of ‘trafficking’ than the definition laid down in the so-called Palermo Protocols (2000).

But the problem goes beyond mere government neglect. Often children don’t say that they have been trafficked; instead they say they have run away from home. Many people and communities in Southern Africa are uncomfortable talking about child trafficking. It’s shrouded in taboo, even more so because it is often linked to witchcraft. There is a strong belief in South Africa that if you are starting a new business and want to increase your chances of success, you need to wrap body parts of a child in goat’s skin and bury them near your shop. Human Rights League Mozambique and Childline South Africa (which is a member of CHI) last year published a rather disturbing report on trafficking of human body parts that, perhaps for the very first time, goes beyond the more common hearsay accounts that can easily be dismissed. Clearly, this is a very sensitive research subject and one that urgently needs long-term study by academic researchers.

But children are vulnerable to trafficking for reasons other than witchcraft. We are now specifically concerned about a likely increase in trafficking before and during the 2010 World Cup in South Africa. Children from Mozambique, Malawi and Zimbabwe have already been illegally taken to South Africa to work in prostitution. The demand for their ‘services’ will grow with all the visitors that Cape Town, Johannesburg, Durban and other cities will receive next year. The building projects for infrastructure and stadiums are another issue: cheap child labour is attractive for contractors. CHI is working hard with its partners in all SADC countries to raise awareness and to inform children and their parents about the risks of trafficking. Practical academic research could help us in many ways, for instance to help us answer basic but crucial questions about which children are most vulnerable and for what reasons. We always narrow the explanations for trafficking down to poverty. But is poverty really the key issue? Some people argue it’s not poverty, but greed. Also, special research attention should be focused on the impact of the AIDS pandemic. For orphans who have to keep their households running and take care of younger siblings, sex work can seem an ‘attractive’ way to make money. This makes young girls prone to trafficking.

We need research that will help us identify new ways to prevent child trafficking. We as a network of child helplines assume that the first step is creating awareness. And thus our campaigns are focused on that. But independent research findings may tell us that there are other, more effective ways of preventing this disgraceful treatment of children across Africa.

For more information, visit the website of Child Helpline International.

Ellen Lammers is an independent Researcher and Writer, located in Amsterdam.

Decolonisation of humanitarianism: a road of responsibility, justice and democratisation