The gist of the matter is in the interconnections 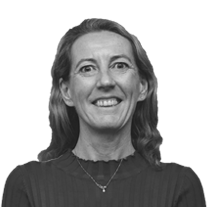 Author: Nicky Pouw
Development economist and associate professor of the International Development Studies programme at the University of Amsterdam.

How much inequality are we prepared to accept, asks Nicky Pouw. If we can’t live together, we are going to die alone.

If there is one primary reason why economists failed to predict the current financial crisis it is because of a gross underestimation of the destructive forces of what I call ‘propelling risks’. Financial risks that were taken at the lower end of the income distribution built up, led to welfare losses, and very quickly affected income groups across the board and in multiple countries. Articles addressing the underlying causes of this misconception always mention one or more of the following three reasons: (i) a foolish belief in perpetual economic growth; (ii) a wrong use of economic models; or (iii) a lack of ethics and morals, not in the least on the side of the financial sector. The gist of the matter however is in the inter-connections. Paul Krugman discusses them in a recent article in which he blames himself too, by the way1. So how exactly are these factors interconnected, what do they teach us about economic realities on the ground, and how should we study them?

Economic growth is generally considered an important driver of human development. Economists disagree about whether it is just one aspect of it or the crucial ingredient. To believe that growth is perpetual is foolish though. Even the early Solow-model shows the possibility of a ‘steady-state’. At the moment, economic growth in many advanced economies is slowing down with unemployment rising. Michael Spence describes this in his latest book2: in fifty years time, the US and Europe will earn 10% of global per capita income instead of 60% today. Alternatively, the emerging economies of China, India and Brazil will earn 60%, not in the least because of the size of their populations. Economically speaking, they will soon dominate. The benefits of globalization are swopping owners. Psychologically speaking, people in advanced economies should make sure to be prepared for that. Focusing on growth alone will not pay off. We clearly need to think about distribution and sustainability of growth, too.

Different economic models are needed to capture the increased interconnectedness of uncertainties and risks across borders. The ‘New Growth Models’ and Markowitz-type capital asset pricing model have gone out of fashion. Their underlying assumptions no longer resonate with reality. For example, it is a fallacy of financial models to average out risks and to assume invariance across incomes: we all know that an unemployed family runs a much higher risk of losing their home as compared to an affluent family, let alone the impact of that loss on their lives.

This brings me to my last point: the lack of ethics and morals in economics. In terms of financial practices, bankers have lost sight of it altogether. In terms of discourse, economists should not be so reluctant to take an ethical or moral stance. In the end, it is only a small step from advocating ‘good governance’. How much inequality are we prepared to accept? To the extent that people and countries grow disconnected forever? This is an ethical point that should steer our development policies nationally and globally. If we can’t live together, we are going to die alone.

Development economist and associate professor of the International Development Studies programme at the University of Amsterdam.