The United States and R2P report

Under the co-authorship of former US secretary of state Madeleine K. Albright and former presidential special envoy to Sudan Richard S. Williamson, the report charts the development of the ‘responsibility to protect’ (R2P) and assesses its application in relevant case studies, including Syria, Sudan, the Democratic Republic of Congo (DRC), Libya, Côte d’Ivoire and Kenya. The R2P is a doctrine adopted by the UN World Summit in 2005. The paper concludes that the United States needs to pursue a leading role in pushing for further steps to strengthen the implementation of R2P. Strengthening the doctrine means improving protection for populations at risk from mass atrocity crimes. Existing prevention methods are applied and outside intervention may occur if states fail or refuse to secure the safety of civilians. As the UN Regional Information Centre for Western Europe states, sovereignty is not a privilege but a responsibility.

R2P intends to shield civilians from ‘genocide, war crimes, ethnic cleansing, and crimes against humanity’ by invoking the responsibility to protect at national and international level. To help R2P gain traction, the report hopes to better inform US public discourse on the complex rationale behind the R2P framework, often associated with military intervention. In a context of growing war-weariness, foreign policy objectives must resonate with US citizens.

The R2P discussion could not be timelier. The United States, like many other countries, is dedicated to reaching a deeper consensus on the R2P initiative to encourage decisive decision-making in response to mass atrocity crimes.

The report outlines the R2P framework by examining its three-pillar concept: ‘the duty of every state to protect its people from these crimes, a commitment of the international community to help states fulfil their responsibilities, and the preparedness of countries to take collective action under the UN Charter when a state manifestly fails to protect its populations’. This third pillar has been hotly contested; the doctrine ‘is designed to reinforce, not undermine, national sovereignty’. R2P applies both peaceful and military measures accordingly. The report stresses that member states have no legal duty to intervene militarily but should be prepared to take collective and decisive action through the Security Council to protect civilians at risk. R2P has only been formally invoked during extreme crises, for example in Libya to thwart mass atrocities in Benghazi. US audiences often mistake the doctrine for an ‘unwarranted license’ to attack militarily, which is why both authors draw upon the tradition of American leadership on human rights. This also aims to secure the role of US global leadership in affirming the prospects of the future effectiveness of R2P on the world stage. Other comprehensive debates on R2P include the ‘double standards’ or ‘selectivity critique’ – how do we decide which victims deserve to be rescued through intervention?

Although the report calls R2P an ‘emerging political norm,’ it is really a template with parts of the principle grounded in international law. Collaboration efforts among UN agencies and ‘coalitions of like-minded partners’ have been encouraging in Côte d’Ivoire, Kenya and South Sudan, where election observation and monitoring prevented outbreaks of violence during the run-up to the independence referendum. However, mass killings caused by violent crises have not declined.

The report also emphasizes the implications of R2P for America’s geopolitical engagement: ‘the more capable the United Nations is, the less often US troops and taxpayer dollars will be summoned to cope with emergencies.’ This hint at American domination seems oddly out of sync with the central message of the report: the need to join forces and apply the proper tools to avoid the risk of military intervention. The report is U.S. centric, stating ‘Americans can take pride in some of the signature efforts past administrations have undertaken, including support for human rights (under President Jimmy Carter)…acknowledging a genocide while it was occurring in Darfur (President George W. Bush)’ and so the list continues. Although, the report is aimed at reaching U.S. audiences, patting oneself on the back for past efforts seems inappropriate, given America’s controversial human rights record. The authors are, however, keen to highlight the national interests of the United States as well as its moral commitment to protecting beyond its own borders.

The report concludes that several operational, institutional and financial challenges need to be overcome if progress is to be made on R2P. The report heralds R2P as a functional tool that needs to be further built upon, both in the US and the rest of the world. The role of early warning in atrocity prevention is key, so R2P implementation will require diligent planning and preparation on the part of the international community and the United States as a key player in the realization of R2P.

Michelle Djekić is former project editor at The Broker. 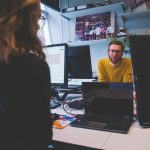