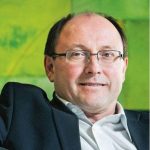 It is a normal and human reaction that we all reflect on our own risk of getting affected by the new coronavirus. It is also a normal and human reaction that every community or country is guessing what it might imply for their family, their job, their business, their organisation, their region, their country, their continent. Nevertheless, and especially on this World Health Day, it is equally important to get out of this bubble and look at what is happening in the so-called developing world. After all, we are a globalised society and globalising economy, aren’t we?

This is not the first epidemic

The corona pandemic is not the first epidemic that is ravaging developing countries. This century started with an outbreak of cholera in Nigeria and South Africa. In the ensuing years, cholera also disrupted countries as far apart as India, Vietnam, Zimbabwe, Chad, Ethiopia and Somalia. Remember also the other corona pandemic, SARS, which hit not only China and Singapore, but also Canada, back in 2002. Yellow fever came to Mali in 2005 and later hit Sudan and Angola. In 2006 and 2019, Indians were confronted with chikungunya, transmitted by mosquitoes. In the last twenty years, Pakistan and the Philippines knew episodes of dengue fever. A wide variety of countries, ranging from Indonesia, Singapore, Vietnam, and India in Asia and the Dominican Republic, Mexico, Brazil, and Bolivia in Latin America battled the same epidemic. Meningitis struck West-Africa in 2009, with up to 1,000 deaths. Most of us will remember the Zika pandemic five years ago. And just in February of this year, confirmed cases of dengue fever in Paraguay spiked to almost 140,000, with 34 fatalities.

And it is not the only one

COVID-19 and dengue fever are not the only epidemics that are out there at this very moment. There is cholera in Haïti and Yemen, measles in the Democratic Republic of Congo, Ebola in West-Africa and Lassa fever in Nigeria. The new coronavirus is spreading very fast around the globe. More than 140 countries are reporting cases. The weekly magazine Jeune Afrique has an infographic with information on the number of confirmed cases in Africa, as well as the measures taken by African governments. However, as we say in social sciences, absence of proof is not proof of absence. There is a lot of underreporting. Afghanistan has only one hospital which can diagnose the disease. In the DR Congo, only five hospitals are equipped to do so. The country is gigantic, but all five are in the capital Kinshasa.

What will be the consequences?

It is not possible to foresee what will happen next. But on the basis of what we know about this virus and what we have learned from other health crises, we can discern some probable political, social, economic and health sector consequences.

On the political side, people around the globe want those in charge to curtail the disaster. If in many places, people did not think highly of their government, they now turn towards the very same government for a quick solution. The same goes for international organisations like the United Nations, the African Union or the European Commission. Recent polls show little appreciation for these institutions, but national governments and citizens now want them to step in to prevent the virus from spreading further. This does not mean, though, that confidence in national governments and international organisations will remain high once the crisis is over.

There will be more political consequences. At least during the crisis, there will be a democratic stand-still, meaning that there will be little or no changes in governments in the coming months. Presidents, Prime Ministers, Ministers and Parliamentarians will stay put. Cabinets will not change. Planned elections will be delayed. There is little chance that the planned elections in Burundi, Malawi, Ethiopia, Sri Lanka, Bolivia and Suriname will take place. Those scheduled in South Korea might also be postponed. With good reason: voters could contaminate each other. But, conveniently, this allows those in power to stay in power. The same goes for the interdiction of mass gatherings. It helps to avoid transmission of the virus. It also prevents mass protests and social movements.

The social disruption of the pandemic is hard to predict. A blame game has already started. The virus has travelled from China and Europe to the developing world with business people, tourists, or diplomats. They could also be returning migrants or refugees. In any case, they, including refugees, are all considered well-off people. This will probably create some strain on inter-class relations in many a country. So people might get angry. They could also be panicking. Indeed, misinformation is ubiquitous and coarse in many countries. The mixture of these sentiments explains why in some countries, slum-dwellers have raided and plundered supermarkets, and prisoners tried to escape their cells.

We don’t know the social and political consequences of the measures to avoid further spread of the virus. Consider, for example, the cancellation of religious gatherings, the closing of mosques and churches, the limitation of passengers in buses and taxis. In many developing countries, schools and universities are closed. Unlike the response in most Northern countries, long-distance learning is no alternative.

The effects of the pandemic on the economy are multiple as well. Growth will slow down in most countries affected. European and Chinese markets are increasingly closing. This will negatively strike economies that depend heavily on imports from and exports to these markets. Prices of imported goods are already spiking in a lot of countries in the South. Investments, foreign as well as local, are jeopardized. Oil prices are dwindling. This could mitigate negative economic effects of the virus crisis in oil-importing countries. Oil-exporting countries, on the other hand, will be confronted with budgetary strains and their governments will have less margin for their clientelistic politics. In developed countries with a good digital infrastructure, workers are stimulated to do remote work and so continue to earn a living. In many developing countries, this is not an option. Peasants remain on their land, slum-dwellers have to try to survive through the informal economy, and government officials have to go to the office if they want their monthly salary.

Global unemployment could increase with 5.3 to 24.3 million people, according to the International Labour Organization (ILO). Between 8.8 million and 35 million people may be in working poverty by the end of 2020 because of the effects of COVID-19. This, of course, will not only happen in developing countries. Meanwhile, the African Continental Free Trade Agreement has been put on hold. The Economist Intelligence Unit attributed the ‘lackadaisical’ attitude of the signatory states to the hesitant behaviour of their respective governments. There are more reasons to think that the realisation of the world’s largest free trade area, which was supposed to come into effect within the coming months, will face additional hurdles. The epidemic has led to policies restricting the free movement of people, goods and services in African countries. On top of that, several meetings of the African Union to further prepare for the agreement cannot take place because of COVID-19.

And when the health sector is already sick …

The virus has not yet hit Africa and other developing countries as hard as other parts of the world. However, already the World Health Organisation has voiced concern over the vulnerability of resource-poor countries and their weak health systems.

All Chinese, Americans and European citizens get one firm advice: wash your hands as much as possible. They probably do. What about the two-fifths of the world’s population that lacks access to soap and clean water at home? What about the more than 15% of the health care sites without functional toilets or hand-washing facilities? In addition, health facilities in many developing countries are understaffed and underequipped. They lack adequate protection material such as masks, visors, face shields, protective garments, and gloves. The European Commission has implemented export restrictions on personal protective equipment (PPE), outside the European Union. How long will it take for medical staff to abandon their work in order to protect themselves? Add to that the fact that many countries in Africa, Asia, and Latin America are extremely dependent on imported drugs. 94% of drugs used in the African health care systems are imported. The worldwide crisis already is causing delays in the shipment of much-needed drugs and other medical materials. An already ailing health sector is getting sicker and sicker.

Sound health policies invest in all aspects of human wellbeing. This means preventive and curative measures. This also means referral systems and the coverage of all possible health problems, from malaria treatment to non-communicable diseases. It is thinkable that this crisis will counter such intelligent policies. Vertical policies, focussing exclusively on the virus, will probably disrupt a much-needed horizontal, comprehensive approach to health care services. Budgets, personnel, material and infrastructure will be drained towards the focal objective of dealing with COVID-19.

When COVID-19 patients concentrate in health facilities, communities will most probably start to avoid these places and turn to self-treatment. They will lose their trust in health workers, because they might carry and transmit the virus. Research has shown that the Ebola crisis in West-Africa has resulted in significantly more unplanned pregnancies. Adolescents had more time to spend recreationally, had less interaction with Sexual and Reproductive Health (SRH) programmes and more transactional sex. In one study by the United Nations Population Fund in Sierra Leone, estimates for unplanned pregnancies ranged from an increase of 44% to 172%.

On a positive note, it could be that countries that have gone through similar epidemics in the past are better prepared and will react in a more professional way. Several countries in Africa, for example, have signalled that they know how to handle the new crisis more swiftly because they learned from Ebola or other epidemics. They have research centres, trained epidemiologists, experienced medical staff, laboratories, and equipment.

It remains to be seen if the crisis will have any positive effects on the spending patterns of affected countries. Most of them do not spend enough on health care. Will this change in the future? Will they invest more in prevention? Will they pay higher salaries to their medical staff so that they are not tempted to migrate to richer countries? Will they develop systems of health insurance and social protection? And will they abandon systems of fee-for-services? There is cause for concern about the commitment of the richer countries to safeguard good health – and thus prevent pandemics – worldwide. It goes without saying that spending 5 dollars on health aid per African citizen is not enough to guarantee even basic health services. The Americas are devoting 6% of their official development assistance to health, Europe a meagre 2,3%. This will have to increase significantly to avoid dramatic situations.

We should take this “opportunity” to rethink our development cooperation strategy, as our fathers and grandfathers did after World War II. Now is the time to turn an outdated North-South strategy into a truly global strategy, including global health policies. Now, because once the crisis is over, we will fall into organisational forgetting. Again.

This article was originally published on World Health Day, 7 April 2020, on  https://kuleuvenblogt.be/2020/04/07/world-health-day-covid-19-requires-us-to-rethink-our-international-development-strategies/