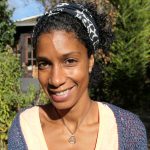 To the wider public, Georgina Kwakye is best known for her acting and presenting career on Dutch television. What most are unaware of, however, is that she is also a development agent and trainer of diaspora organisations. When she was making a documentary about her father who wanted to build a hospital in his native village in Ghana and witnessed the effectiveness of his initiatives, Georgina had an epiphany: being a member of the diaspora has an added value in development projects. This realisation inspired her to create Pimp my Village, a crowdfunding platform for the African diaspora in the Netherlands. This article is based on an interview that The Broker’s Kiza Magendane held with Georgina, in which she shared her experience and insights about diaspora civil society organisations, and their added value in the Dutch development sector.

What is the role of diaspora civil society organisations in the realisation of inclusive development? I will answer this question by sharing the story of my father, Dr. Kwakye. Born in a small Ghanaian village, he was raised by his father and other family, after losing his mother when he was 10 years old. My father was an excellent student. He got a scholarship, was able to study in Hungary and, upon invitation by a professor, ended up writing his thesis in The Netherlands. Eventually, he became a cardiothoracic surgeon, working in Belgium and Germany. After a successful career, my father decided to give back to his rural community in Ghana through different initiatives, including water and electricity projects. He also renovated a school. His biggest dream was to build a hospital in his native village. I decided to support his projects and make a documentary of his journey. While filming in Ghana, I was amazed by how my father managed to translate his ‘Western’ knowledge to the local context. He managed to build the hospital, introduce an ambulance centre and other advanced medical equipment from the Netherlands but always made sure they matched with the needs of the people in Ghana. It is through my father that I realised for the first time the added value of the diaspora in the realisation of inclusive development: They have the knowledge of both worlds.

How diaspora organisation can make a difference

After a successful completion of my father’s project, I realised that I wanted to support more people beyond my own family, across countries and cultures. That is why I created Pimp my Village, a crowdfunding platform for the African diaspora in the Netherlands to support them in carrying out development projects in their country of origin. On this platform, members of the diaspora can post which part of their village they want to ‘pimp’, and the donor can give directly to that development project. Pimp my Village was founded with the idea that diaspora actors, just like Dr. Kwakye, have the ‘best of both worlds’. They are aware of the developments in their home country and can effectively use their knowledge and network for development projects. Based on my work with Pimp My Village, also as a trainer for diaspora organisations and entrepreneurs, I would like to share three interlinked lessons about how diaspora organisations can have an added value in the Dutch development agenda.

First of all, diaspora civil society organisations could be innovative in generating funding. Both the Dutch government and European institutions have limited financial means to support small-scale projects, but diaspora organisations can be very creative in finding alternative sources of income. For instance, before I started Pimp my Village, together with a team of volunteers I often organised events to generate funding for my father’s development projects, including fashion shows and art auctions. Partnerships with the Dutch private sector were also crucial. All these activities generated the needed funding to support our initiatives, without the support of government actors. From my experience I learned that diaspora organisations that manage to initiate more fundraising events and create partnerships with the Dutch private sector could be less dependent on government support.

2. Be a true bridge and have the best of both worlds

Related to the previous point, in order to have an added value in development cooperation, diaspora organisations should act as bridge builders. In my case, I would never have managed to be effective with Pimp my Village without the support of the Dutch society. I had a good network in the Dutch TV and entertainment sector as well as with some Dutch companies. This helped me generate sufficient funding for Pimp my Village. Similarly, my father also used his skills and network from the Global North to implement successful development projects in his native village. In order to be effective, diaspora organisations could seek to become more embedded in Dutch society, understand how it functions and build a strong network. At the same time, they should also keep a strong connection with their country of origin. In my case, growing up in The Netherlands, being brought up by a Hungarian mother and getting to know the Ghanaian context through my father, I became a bridge-figure who understood both Ghana and The Netherlands. I see the same with diaspora organisations and entrepreneurs that I train with Pimp my village. Those who have strong ties in both their home countries and the Netherlands seem to be more effective in their projects. They have the best of both worlds. They know the right people, they understand the stories and the language, and manage to share these stories with Dutch society.

3. Collaborate with other diaspora organisations

If I look at diaspora organisations I get the impression that they are operating on two islands. On one hand, there are organisations that are heavily institutionalised. They have contact with the Dutch Ministry of Foreign Affairs and participate in consultation meetings. These organisations lobby for diaspora inclusion, and sometimes even get funding from the government to conduct development projects. This is only a small group of organisations, who are visible not only at the Dutch Ministry, but also at the European level. On the other hand, or ‘island’, there are organisations that independently operate both in the Netherlands and in their home country. These organisations think outside the box and use networks within Dutch society other than the government and institutionalised development actors. A good example is Omek, created by Kemo Camara, a digital and physical platform that connects and inspires African diaspora professionals. Organisations on this second island also tend to have a more sustainable business model. If the two groups on these separate islands could find each other and collaborate, I think great opportunities would open up. Not only would it strengthen their force, it would also allow them to share knowledge and networks and change the image about the African diaspora. I still see that the image about Africa and African migrants remains quite negative in the Netherlands. Sometimes government actors still believe that the diaspora is only interested in funding. That is why, with Pimp my village, I bring different innovative diaspora organisations together to inspire both the Dutch society and other development actors about the potential of the African diaspora. It is only by coming together, with the support of Dutch society, that the negative image about the African diaspora can be shifted.