Obsessed with impact – towards a systems approach for social change 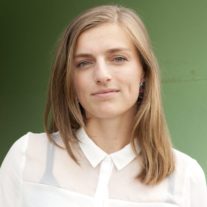 Many forms of resistance do not take place in squares. In some cases, people enact the social change they want to see through practical interventions – for instance, by initiating community projects or a social enterprise. While many of these initiatives are laudable, the obsession with measuring their direct impact is distracting us from understanding, and changing, the bigger picture: the systems in which they are embedded.

Civic initiatives are of vital importance for a healthy democracy. They can bring people together and create new connections within communities. Many such initiatives express resistance to the status quo by prefiguring, or performing, an alternative future. Such civic action functions as a canary in a coal mine. For example, a neighbourhood restaurant organizing free community dinners might point to a sense of social isolation among residents, or a community group organizing sports classes for newcomers and locals to get to know each other could express a need for improved social cohesion.

Some might argue that such practical forms of civic action, from the bottom up, might lead to a butterfly effect in which a small action sparks great change. But as someone working with civic initiatives every day, I sense an impending disillusionment with the effect that such civic prefiguring actions can have. Without an understanding of the systems in which they operate, the hard work of the individuals behind these initiatives is not likely to create fundamental systemic changes. In order for the canary to wake us up, we need to understand how these civic initiatives are embedded in a broader framework: a system. System analysis can help us to do this and shift the levers of social change.

The public discussion concerning bottom up civic initiatives seems increasingly focused on measuring the impact of such practices. Many are advised to work with logical frameworks (logframes) to define and measure their social impact. This allows them to steer towards desired results, be held accountable, and attract new funders by offering proof of their hypothesis. Indeed, to prevent unwanted outcomes, it is crucial to monitor the effects of social interventions and test underlying assumptions when providing a service or product. Measuring impact can be important, but without an idea of the system being targeted and the bigger picture, or vision, such impact remains powerless as a potential vehicle for resistance. Besides, the obsession to optimize social impact can lead to situations in which civic initiatives undermine their own value by monetizing their supposed societal benefit and disconnecting from the bigger picture.

An example: The latest impact assessment of Thuisafgehaald, a Dutch initiative which allows neighbours to cook for and share meals with each other, suggests that their service saves society up to €4,446 per person per year for reasons like preventing loneliness and extending the time people can stay in their own home instead of moving to a care home. It is completely understandable that Thuisafgehaald uses these metrics to convince potential funders and to assess whether their service satisfies their customers. However, apart from the rigour of these metrics being questionable in the first place, Thuisafgehaald’s value is much better understood when they position themselves as part of a resistance movement, redefining the foundations of what it means to deliver good care. Consequently, it needs to be understood what the implications are for care institutions or for managing the social fabric in neighbourhoods.

For initiatives such as Thuisafgehaald, which started as a civic initiative and has evolved into a social business, it is entirely possible to identify the values, institutions, and relationships they eventually aim to change. Preferably, this would even happen together with other system players, like civil servants and caretakers.

We can use systems change literature to deepen the discussion about what could be the right ‘leverage points’, or places to intervene, in a system where a small shift can cause big changes. Donella Meadows identifies 12 such leverage points, from tinkering with taxes or policies to changing mindsets of whole populations. This analysis provides us with rich input that can be used to support civic initiatives.

If we want to improve our understanding of full-stack systems, we need to understand what makes up a system. Following Meadows’ definition of a system as “a set of elements that is coherently organized in a way that achieves something”, examples of systems are corporations, an economy, or a city. Societal systems are built on values, mindsets and belief systems. We formalize these values in legislation, build institutions around them and agree on decision-making processes and instruments (such as accounting structures, taxation and police forces) to maintain them. Quite obviously, such an understanding can be overwhelming for those working to achieve social change.

Odin Mühlenbein, therefore, distinguishes between two levels of systems: ‘big visions’ and smaller ‘targeted systems’. The nexus of applied civic action in a targeted system, linked to a big vision, can provide civic action with the political weight that is needed for more effective resistance to the status quo. For instance, when envisioning a fair and sustainable garment industry, the initiative Canopy targets a system that supports fashion brands to use the eco-friendly material viscose, thereby linking up to the bigger system of (un)sustainable consumption and production.

Calling NGOs and funders to action

What is considered inside or outside a system is ultimately an issue of power: analysing systems is not a neutral exercise. Conflicting views will inevitably arise. Professionalised civil society can fuel an open discussion about the systems underlying civic action. Therein lies the crucial task of exposing power dynamics and demanding new views and evidence to be included. NGOs can support civic initiatives to become better systems thinkers and extend their influence beyond their immediate target group. It also means that we have to come to terms with the fact that systems change does not happen overnight, but over lifetimes.

All of the above also has great implications for how funders operate. Funders can engage in sustainable collaborations with governments, private sector companies, non-profits, philanthropists and civic social change leaders around issues, using a systems lens, rather than holding one single initiative accountable for producing a certain direct impact. The new Rockefeller fund Co-impact is spearheading such new ways of collaborating across sectors and strategically connecting philanthropic efforts to forge systems change. What other funders will follow in their footsteps?

To unlock the creativity of citizens to foster sustainable change, we need to make rigorous systems analyses actionable and collaborative. By addressing power relations, flows of information, and political dilemmas, big visions are able to support the social change prefigured by civic initiatives in their targeted system. Together, NGOs, funders and civic initiatives need to explicitly name the bigger picture in which they operate. How do the values, relationships and instruments that civic initiatives prefigure translated to the roles of other players? A movement around these issues will be the next frontier for social change.

This article was written during a workshop on ‘Empowering Social Innovation for Transformative Change’ by the Dutch Research Institute of Transitions (DRIFT). It has been adapted from a piece originally published on the Kennisland website, which can be viewed here.

Tessa de Geus works as a social innovation advisor at the think tank Kennisland, based in Amsterdam.

How to address SRHR at a time that it is considered an unaffordable luxury?