Coronavirus spells the end of the neoliberal era. What’s next? 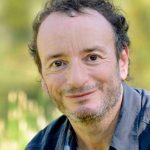 Author: Jeremy Lent
Jeremy Lent is author of The Patterning Instinct: A Cultural History of Humanity’s Search for Meaning.
Click here to visit our COVID-19 dossier

Will the world after Covid-19 be “Fortress Earth” or societies transformed?

Whatever you might be thinking about the long-term impacts of the coronavirus epidemic, you’re probably not thinking big enough. Our lives have already been reshaped so dramatically in the past few weeks that it’s difficult to see beyond the next news cycle. We’re bracing for the recession we all know is here, wondering how long the lockdown will last, and praying that our loved ones will all make it through alive. But, in the same way that Covid-19 is spreading at an exponential rate, we also need to think exponentially about its long-term impact on our culture and society. A year or two from now, the virus itself will likely have become a manageable part of our lives—effective treatments will have emerged; a vaccine will be available. But the impact of coronavirus on our global civilization will only just be unfolding. The massive disruptions we’re already seeing in our lives are just the first heralds of a historic transformation in political and societal norms.

If Covid-19 were spreading across a stable and resilient world, its impact could be abrupt but contained. Leaders would consult together; economies disrupted temporarily; people would make do for a while with changed circumstances—and then, after the shock, look forward to getting back to normal. That’s not, however, the world in which we live. Instead, this coronavirus is revealing the structural faults of a system that have been papered over for decades as they’ve been steadily worsening. Gaping economic inequalities, rampant ecological destruction, and pervasive political corruption are all results of unbalanced systems relying on each other to remain precariously poised. Now, as one system destabilizes, expect others to tumble down in tandem in a cascade known by researchers as “synchronous failure.” A crisis such as the coronavirus pandemic has a way of massively amplifying and accelerating changes that were already underway: shifts that might have taken decades can occur in weeks. Like a crucible, it has the potential to melt down the structures that currently exist, and reshape them, perhaps unrecognizably. What might the new shape of society look like?

The example of World War II.

We’re entering uncharted territory, but to get a feeling for the scale of transformation we need to consider, it helps to look back to the last time the world underwent an equivalent spasm of change: the Second World War.

The pre-war world was dominated by European colonial powers struggling to maintain their empires. Liberal democracy was on the wane, while fascism and communism were ascendant, battling each other for supremacy. The demise of the League of Nations seemed to have proven the impossibility of multinational global cooperation. Prior to Pearl Harbor, the United States maintained an isolationist policy, and in the early years of the war, many people believed it was just a matter of time before Hitler and the Axis powers invaded Britain and took complete control of Europe.

Within a few years, the world was barely recognizable. As the British Empire crumbled, geopolitics was dominated by the Cold War which divided the world into two political blocs under the constant threat of nuclear Armageddon. A social democratic Europe formed an economic union that no-one could previously have imagined possible. Meanwhile, the US and its allies established a system of globalized trade, with institutions such as the IMF and the World Bank setting terms for how the “developing world” could participate. The stage was set for the “Great Acceleration”: far and away the greatest and most rapid increase of human activity in history across a vast number of dimensions, including global population, trade, travel, production, and consumption.

Until the 1970s, the post-war world was characterized in the West by an uneasy balance between government and private enterprise. However, following the “oil shock” and stagflation of that period—which at the time represented the world’s biggest post-war disruption—a new ideology of free-market neoliberalism took center stage.

The triumph of neoliberalism has led to the greatest inequality in history, where (based on the most recent statistics) the world’s twenty-six richest people own as much wealth as half the entire world’s population. The relentless pursuit of profit and economic growth above all else has propelled human civilization onto a terrifying trajectory. The uncontrolled climate crisis is the most obvious danger: The world’s current policies have us on track for more than 3° increase by the end of this century, and climate scientists publish dire warnings that amplifying feedbacks could make things far worse than even these projections, and thus place at risk the very continuation of our civilization.

But even if the climate crisis were somehow brought under control, a continuation of untrammeled economic growth in future decades will bring us face-to-face with a slew of further existential threats. Currently, our civilization is running at 40% above its sustainable capacity. We’re rapidly depleting the earth’s forests, animals, insects, fish, freshwater, even the topsoil we require to grow our crops. We’ve already transgressed three of the nine planetary boundaries that define humanity’s safe operating space, and yet global GDP is expected to more than double by mid-century, with potentially irreversible and devastating consequences.

There’s a serious risk that, rather than shifting course from our failing trajectory, the post-Covid-19 world will be one where the same forces currently driving our race to the precipice further entrench their power and floor the accelerator directly toward global catastrophe. China has relaxed its environmental laws to boost production as it tries to recover from its initial coronavirus outbreak, and the US (anachronistically named) Environmental Protection Agency took immediate advantage of the crisis to suspend enforcement of its laws, allowing companies to pollute as much as they want as long as they can show some relation to the pandemic.

On a greater scale, power-hungry leaders around the world are taking immediate advantage of the crisis to clamp down on individual liberties and move their countries swiftly toward authoritarianism. Even in those countries that avoid an authoritarian takeover, the increase in high-tech surveillance taking place around the world is rapidly undermining previously sacrosanct privacy rights. As Yuval Harari has pointed out, in the post-Covid world, these short-term emergency measures may “become a fixture of life.”

If these, and other emerging trends, continue unchecked, we could head rapidly to a grim scenario of what might be called “Fortress Earth,” with entrenched power blocs eliminating many of the freedoms and rights that have formed the bedrock of the post-war world. The chasm between the haves and have-nots may become even more egregious, especially if treatments for the virus become available but are priced out of reach for some people. Countries in the Global South, already facing the prospect of disaster from climate breakdown, may face collapse if coronavirus rampages through their populations while a global depression starves them of funds to maintain even minimal infrastructures. Borders may become militarized zones, shutting off the free flow of passage. Mistrust and fear, which has already shown its ugly face in panicked evictions of doctors in India and record gun-buying in the US, could become endemic.

But it doesn’t have to turn out that way. Back in the early days of World War II, things looked even darker, but underlying dynamics emerged that fundamentally altered the trajectory of history. Frequently, it was the very bleakness of the disasters that catalyzed positive forces to emerge in reaction and predominate. The Japanese attack on Pearl Harbor—the day “which will live in infamy”—was the moment when the power balance of World War II shifted. The collective anguish in response to the global war’s devastation led to the founding of the United Nations. The grotesque atrocity of Hitler’s holocaust led to the international recognition of the crime of genocide, and the UN’s Universal Declaration of Human Rights.

Could it be that the crucible of coronavirus will lead to a meltdown of neoliberal norms that ultimately reshapes the dominant structures of our global civilization? Could a mass collective reaction to the excesses of authoritarian overreach lead to a renaissance of humanitarian values? We’re already seeing signs of this.

A revolution in values.

This rediscovery of the value of community has the potential to be the most important factor of all in shaping the trajectory of the next era. New ideas and political possibilities are critically important, but ultimately an era is defined by its underlying values, on which everything else is built.

Once the crucible of coronavirus begins to cool, and a new sociopolitical order emerges, the larger emergency of climate breakdown and ecological collapse will still be looming over us. The Neoliberal Era has set civilization’s course directly toward a precipice. If we are truly to “shift course away from our failing trajectory,” the new era must be defined, at its deepest level, not merely by the political or economic choices being made, but by a revolution in values. It must be an era where the core human values of fairness, mutual aid, and compassion are paramount—extending beyond the local neighborhood to state and national government, to the global community of humans, and ultimately to the community of all life. If we can change the basis of our global civilization from one that is wealth-affirming to one that is life-affirming, then we have a chance to create a flourishing future for humanity and the living Earth.

To this extent, the Covid-19 disaster represents an opportunity for the human race—one in which each one of us has a meaningful part to play. We are all inside the crucible right now, and the choices we make over the weeks and months to come will, collectively, determine the shape and defining characteristics of the next era. However big we’re thinking about the future effects of this pandemic, we can think bigger. As has been said in other settings, but never more to the point: “A crisis is a terrible thing to waste.”

This article is a shortened version of the original. This can be found on https://www.opendemocracy.net/en/transformation/coronavirus-spells-the-end-of-the-neoliberal-era-whats-next/

Jeremy Lent is author of The Patterning Instinct: A Cultural History of Humanity’s Search for Meaning.

Dutch Development Cooperation: 2022 and beyond