If the corona crisis lays bare a number of weaknesses in our society, then the superficial nature of our democracy tops the list. In a time when it really matters, we seem to put the most important decisions in our lifetime in the hands of a few experts. Why do we accept this situation almost without question? How can it be that we normally hold our democracy so dear, but not at this moment? Now that push comes to shove,  we rather put our democracy on hold.

And so, we wait. Isolated from one another. Withdrawn in the privacy of our homes. We are waiting for the technocrats to make decisions about our lives and death. About our future, work, and welfare. About our children and parents. We are, in short, fair-weather democrats. The reason seems our distorted view of policy, science, and politics. This article therefore presents three arguments why this crisis demands more, not less democracy.

First, policy. Policymakers always present policy as a search for the optimal solution to a given problem. In truth, however, the problem is usually not the starting point but rather the end point of this search. It is obvious that the current crisis is a public health problem. Yet, at the same time, it is also a logistical problem, a social-psychological problem, a financial problem, a welfare problem, an inequality problem, an implementation problem, a collective action problem, and so on. All these problems are intimately connected, leading to something like a ‘waterbed-effect’. Solutions to one problem create difficulties for other problems.

For policymakers and politicians this is not a workable situation. The problem is simply too wicked. It must be tamed. And so, this highly complex and multifaceted problem gets reduced to the number of occupied ICU beds. In this narrative, the powerful and mediagenic image of the ‘flattening curve’ plays a crucial role. Defining a problem is solving it. Suddenly the problem becomes clear and measurable. It can be modelled and controlled. Suddenly it is evident what we have to do and what we need. The number of ICU beds is the one yardstick that matters, and any different interpretation has now become practically impossible.

The definition of the problem, however, is the result of a managerial logic looking for something to hold on to. We have to dismiss the myth that problems are naturally given and policies their optimal solution. The opposite is, in fact, closer to truth: policymakers choose the problems that best fit their solutions. That is why Dutch prime minister Mark Rutte insists that we are dealing with a public health problem, and refuses to establish a second more economy-oriented expert- and advisory body in addition to the health-oriented Outbreak Management Team. We should keep it simple. Orderly.

Problems are not a natural given. Those who can define the problem hold all the power. On the one hand, the way we define a problem dictates the available solutions and who gets a seat at the table. It is, after all, perfectly logical that only virologists and microbiologists have something useful to say about ‘the curve’. What do you and I know about that? On the other hand, it also has consequences for who must bear the costs. Look at countries like India or South-Africa, where hunger battles with the fear of getting ill. Everyone understands that it is mad to argue that one life-threatening issue is more important than the other. South-Africa’s mobilisation of its military troops to keep the starving population indoors therefore has more to do with the fact that the political and economic elite is not starving, and is clinging to a clear, singular problem definition.

You might argue for The Netherlands that other problems might be severe, but issues of life and death always take precedence. But that is not what ‘flattening the curve’ is about. It is not about people dying; it is about hospitals getting overburdened. In other words, if we would have had more ICU beds available, more people could die. And all those people who are dying at home or in nursing homes literally do not count. They fall outside the problem definition.

Problems are the result of managerial logic and power processes, but we are all too happy to take them as a natural given. It is exactly for that reason that we need democracy. To challenge this self-evident logic. To give marginalised people a voice. To put problems on the agenda that those in power do not see or want to see. To disturb the orderly world of policymakers with an unruly reality. Democracy is, as such, quite annoying. But in the end policy will be better because of democracy. It is simply not rational to evade the complex reality just because it is easier – that would be, in fact, the definition of stupidity.

The second point concerns science. Even if we do agree about the nature of the problem, science can never be an excuse for avoiding public debate. Every scientific judgement houses a world of assumptions, considerations, and compromises that are inherently political. Epidemiologists undoubtedly want to serve the public interest. The question, however, is what this exactly entails. Scientists may be willing to represent the public interest, often they are reluctant of instigating a public debate about it. They are terrified that public discussion will lead to discord and a loss of trust in ‘science’.

Especially now. Too much discussion will only result in insecurity, ambiguity, and disobedience among the Dutch population. As noted by De Volkskrant, “not only [is] the containment of this virus a tour de force, so is the containment of citizens” (Volkskrant 22-04-2020). And those citizens that need to be contained are of course always ‘the others’; the people who are not mature enough to make their own decisions or understand the consequences of those decisions. We are not just fair-weather democrats; we are eager to take the seat of administrators as well. Democracy should not come at the expense of order, stability, and obedience. And so, we like to pretend that science gives us unambiguous answers to clear-cut problems and therefore there is nothing to choose, discuss, or consider. We protect, with great vigilance, the boundary between experts who are allowed to enter the debate and the laity who must remain unaware of conflict and discord. Leave it to us! The public interest is clear. It is no use discussing facts. There is no alternative.

The problem is that science undercuts itself with such arguments. Science is not equipped to replace the public debate and politics. It cannot decide in our place what the public interest is. Again and again, experts are facing emotional, angry citizens in local townhalls only to conclude that: “Apparently we have a communication problem. We should tell our story better.” Actually, the conclusion should be that they should listen better to what the people have to say. Science likes to tell itself the ‘Calimero-story’ that it acts in service of the truth, but that facts seem to matter less and less in our society. Yet, facts would matter more if science would act in service, not of truth, but of society. What is this celebrated truth we should accept without question? Scientists are constantly at each other’s throats. There is no science without debate. Thus, the point is not that debate is impossible; the point is that citizens are excluded from the debate. And who is treated as a child will eventually start to act like one.

Democracy, by contrast, makes it possible for people to take responsibility for each other and for the world. This crisis is about painful decisions, about loss. It is about what we think is ‘the good life’. How we define and balance health, justice, welfare, freedom, acceptable risk, and our future. There is no science, no scientist, and no scientific model that can calculate such matters for us. Science can help us understand and clarify our choices, – for example, what the consequences of our choices will be – but it cannot decide for us. Democracy in times of crisis asks for a specific kind of heroism. It demands that we recognise that decisions with far-reaching consequences are necessary, while acknowledging that these decisions could have been different. That is not personal struggle of Prime Minister Rutte, but a collective question par excellence; one that we should be answering together.

The third point concerns politics. By reducing the coronacrisis to a health problem that screams for a vaccine (and consequently for experts in labs busy with their machines and appliances), we forget that this crisis is, above all, a societal problem. The coronacrisis is a problem of the labour market and freelancers without insurance; of exploited migrant workers and the ‘flexible shell’ of temporary contracts; of shareholder capitalism and the lack of economic buffers and societal embeddedness. It is a crisis of social inequality and the divides between rich and poor, old and young, healthy and unhealthy, winners and losers; of the institutional rot in the European Union and international collaboration; of the stripping down of the public domain that has been going on for years; of the constant pressure scientists face chasing funding for research. Most of all, it is a crisis of the electoral short-term thinking of our political leaders.

By framing this crisis as a medical battle against an invisible, hostile intruder, we lose sight of these societal aspects. It leads to an unbearable depoliticisation of the problem. But politics is a dirty word. It is, after all, time for unity, for solidarity. ‘We have to do this together’. This is not a time for political games and electoral party-interests.

That might be the case, but it is time for an ideological debate. A crisis opens an opportunity for society to take another direction. To build the society of tomorrow. That has to happen now and not tomorrow when the sense of urgency is gone, and political leaders fall back on their short-term visions and are once more bogged down in issues of the day. We have wasted the last financial crisis. It has resulted in nothing but symbolic change. This time, we must act.

Solidarity, fine! But not without conditions. So draw up a list of what you will no longer tolerate, now that you have to take out your wallet for companies that have spared no trouble evading fair taxation; now that airlines knock on your door who, for years, were conspicuously absent from the environmental debate; now that your job is going up in smoke because your employer has been too busy buying shares; now that your education gap is growing even further because your parents did not go to college; now that free money is being handed out that your generation will have to pay for; now that there is a call for ‘European solidarity’ while a decent debate about Europe has been avoided for years; and now that you are confronted once more with the stubborn refusal of politicians to address structural problems because they prefer sending out tweets all day.

(And for all those political leaders who have been searching for ‘a story to tell’ over the past decades: If you still haven’t found one now, it is time to call it quits. You are not fit for this job.)

In short, there’s plenty of reason to be a democrat when the sun doesn’t shine. Especially in times of extreme crisis. When it really matters. When decision-making is hard. When there is a lot of uncertainty and reality is open to multiple truths.

This is not a time for depoliticisation but for politicisation! It is time for an ideological debate. That is what democracy is about!

This article first appeared on StukRoodVlees and is translated from Dutch. The original can be found here: http://stukroodvlees.nl/de-coronacrisis-vraagt-niet-om-minder-maar-juist-meer-democratie

Benno Netelenbos is a political scientists at the University of Amsterdam. 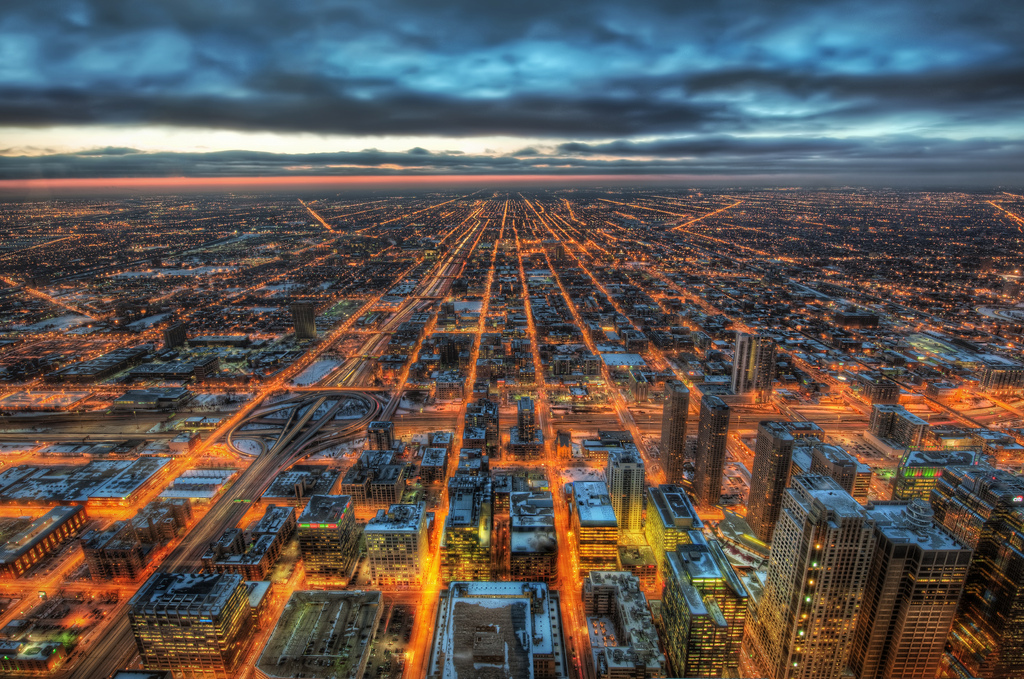 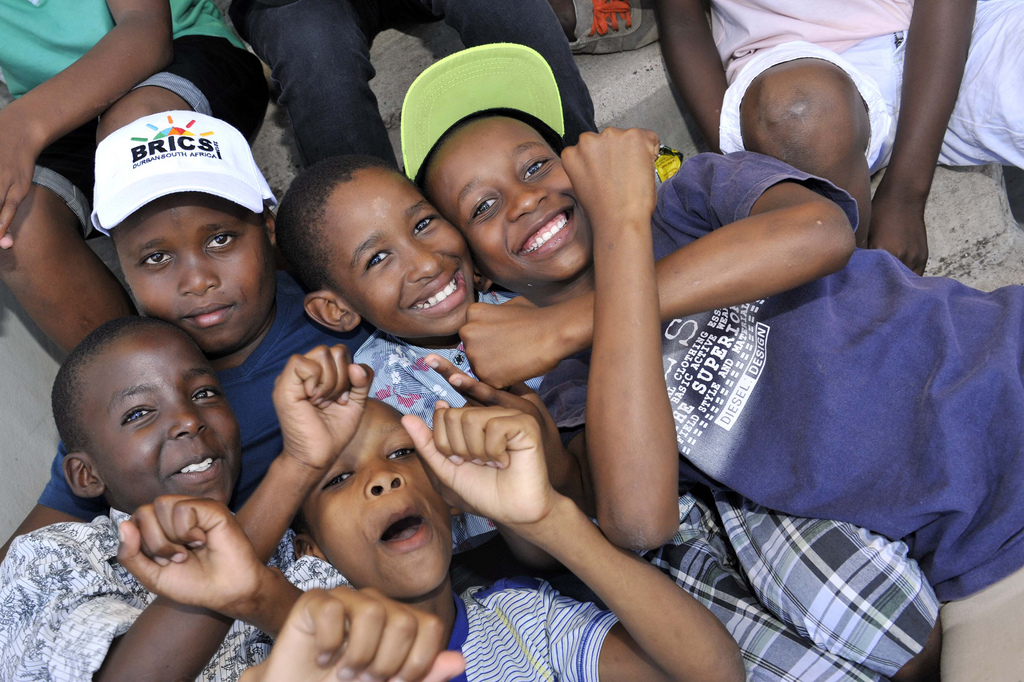 The Rise of the BRICS in Africa